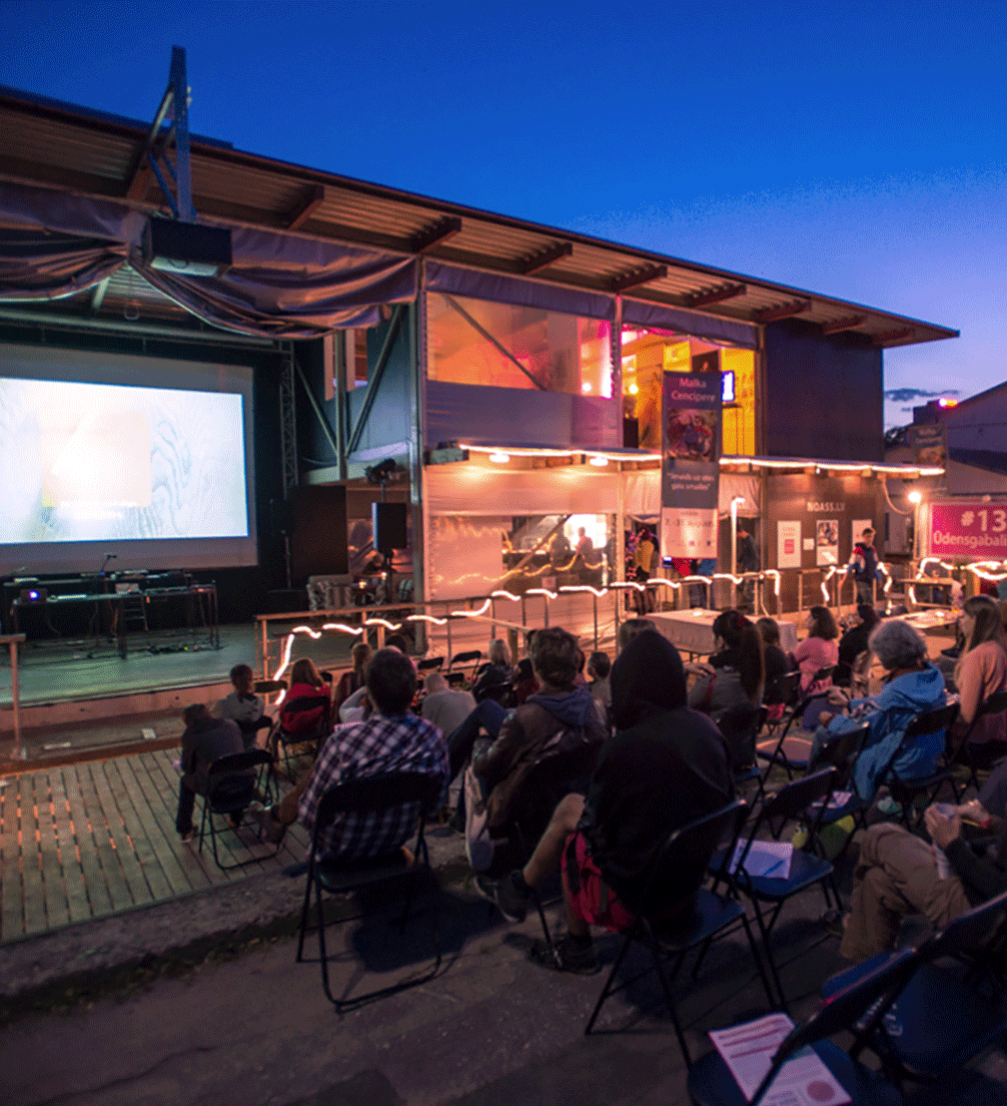 On May 17 the culture and art project «Noass» begins its 16th season, featuring an extensive programme of abstract expressionist and naive art exhibitions, video art and installations, creative workshops, film screenings and artist residencies, all until the end of September.

The new season will be opened with a solo exhibition «Dynamis» of Kaspars Teodors Brambergs — an award winning contemporary artist from Latvia. Avoiding to speak of all things tangible and mundane, Brambergs relies on invisible energies, pervading his creative work, and invites everyone to accept each painting as it is.

From June 9 to 20 the Latvian Museum of Naive Art in collaboration with the Naive Art Museum Moscow will display an exhibition «Fest Naïve Riga», celebrating the creative and sometimes infantile spirit of the 21st century naive artists from Russia and the Baltic States. Naive art combines both longstanding traditions, and the most radical contemporary tendencies, highlighting the unique unschooled talent.

Furthermore, on August 7, the central event of the project «The Baltic Sea — Floating Trunks» will take place on the water, next to the AB dam galleries. Both European capitals of culture — Riga and Umeå in Sweden —, as well as the city of Pori in Finland have joined together in the making of this project. The three cities have something in common — they all are situated near rivers floating into the Baltic Sea. Therefore, in three locations — Umeå University’s Museum of Contemporary Art and Visual Culture, Pori Art Museum and the Floating Art Centre «Noass» — the Swedish artist group SIMKA will create installations by planting trees in lifebuoys, wrapped in layers of textile, thereby creating an effect of a floating forest.

The highlight of the season is the Contemporary and Video Art Festival «Waterpieces» with an exciting line–up of local and international moving image artists and professionals on August 15 and 16. With urban cityscapes as this year’s leitmotif, the festival «Waterpieces» focuses on interactivity of art, urban space and architecture, as well as the latest technologies widely used amongst contemporary moving image artists. The festival will demonstrate a selection of the best video art programme from around the world: video art festival «Punto y Raya» from Spain, art and technology festival «Ars Electronica» from Austria, «Cologne OFF» from Germany and Japan Media Arts Festival. This year «Waterpieces» has started a collaboration with the notable international digital art and graphic design platform in Australia — «Pause Fest».

The 16th season will conclude with a solo exhibition of naive, colourful and expressive works by the Australian artist Richard Denny. The artist is known for his collage technique, combining oil and acrylic paint, graphite, canvas cutouts and fragments of topographic maps. The solo exhibition will start on September 1 and will be open until the end of the month.

Throughout the season, «Noass» on AB dam will host various other events: film screenings, creative workshops for children and grown-ups, as well as artist residencies. More information on the events can be found on the «Noass» webpage, as well as its Facebook and Twitter accounts.