A new book on the legacy of Lediņš and Boiko 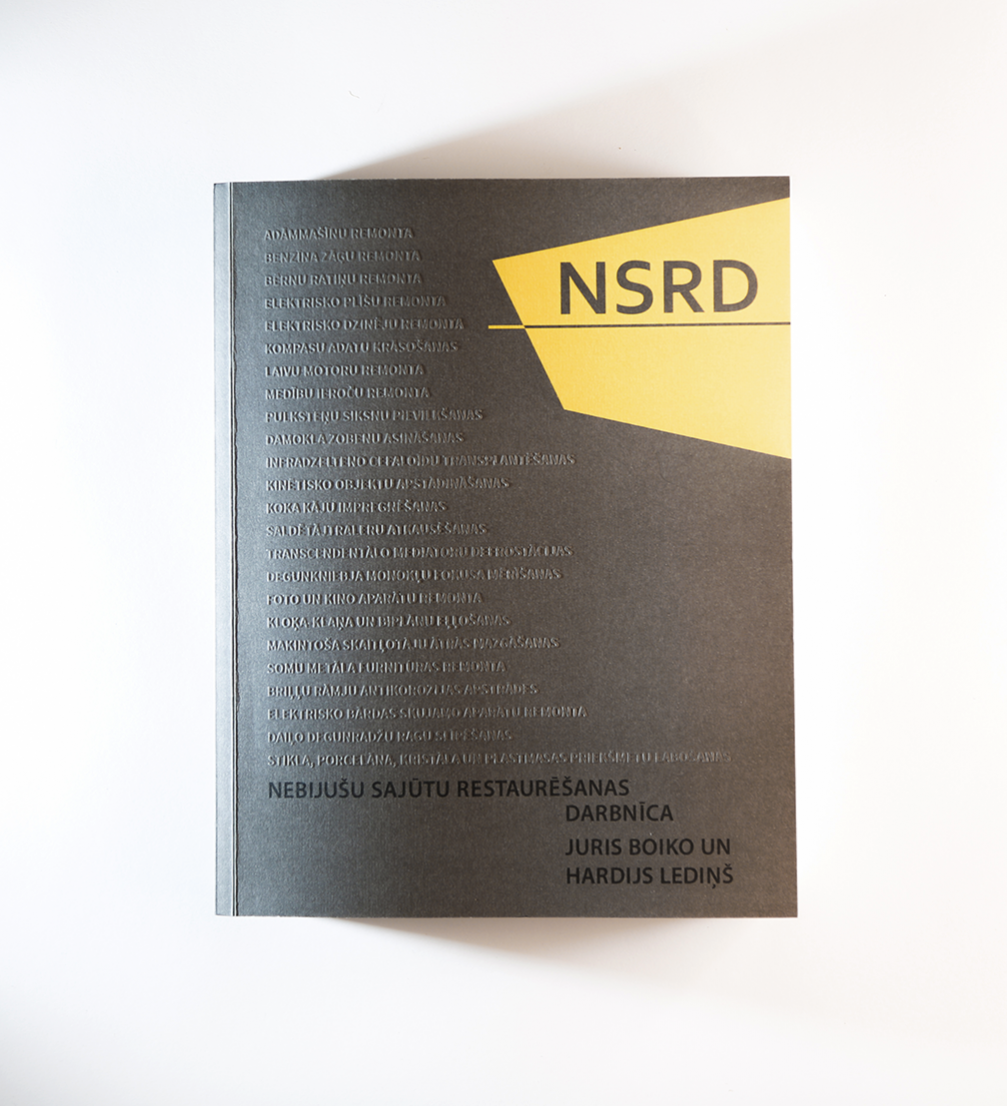 The Latvian Centre for Contemporary Art has released a voluminous bilingual book «Workshop for the Restoration of Unfelt Feelings. Juris Boiko and Hardijs Lediņš», dedicated to the creative collaboration of both artists in the 1980s. It reveals their versatile contribution to art, literature, architecture, music and other fields.

Latvian Centre for Contemporary Art (LCCA) focuses not only on curating art exhibitions, but also publishing and the issues of archiving, conservation and restoration. The origins of the book on the NSRD (Latvian abbreviation for Nebijušu Sajūtu Restaurēšanas Darbnīca — Workshop for the Restoration of Unfelt Feelings) date back to the early 2000’s, when Hardijs Lediņš (1955–2004) and Juris Boiko (1954–2002) expressed the idea of making it. Later, the work on the NSRD anthology was resumed and continued by art historian Māra Traumane, but in 2007 the archives of Hardijs Lediņš and Juris Boiko were handed over for research purposes at the LCCA. Celebrating the 60th anniversary of Hardijs Lediņš, the LCCA announced the year 2015 as the Year of Hardijs Lediņš to implement numerous cultural events, while the book marks the end of this project.

The book consists of four parts: a chronology of events, archival materials, which have been compiled in the notebooks of actions, essays on the NSRD, and theoretical articles by both authors. The chronology is made as an overview of the NSRD albums, actions, video performances, exhibitions and concerts, as well as the creative projects of Lediņš and Boiko in the time period from the 1970s up to the end of their lives in the early 2000s. The notebooks of actions include archival materials on the most important projects such as «Walks to Bolderāja», «Dr Eneser’s Binocular Dance Lessons» and the «Approximate Art» exhibitions, as well as a chapter examining the NSRD activities. The archival materials are followed by a retrospective view of their contemporaries and current–day researchers studying the NSRD activities in art, music, literature and architecture. The authors of the essays are Boriss Avramecs, Pēteris Bankovskis, Liāna Langa, Jānis Lejnieks, Ilmārs Šlāpins, Jānis Taurens and Māra Traumane.

The book concludes with selected articles on modernism and postmodernism written by Lediņš and Boiko, which also introduce readership to their significant legacy and contribution to the theory of contemporary art and architecture, the latter being very important for Lediņš.

An essay by architect Jānis Lejnieks features a fragment from Lediņš’ conversation with art scholar Normunds Lācis where he admits: «I am an architect by profession; lately it’s been becoming more and more difficult to combine all my passions — architecture, music, action art. Yes, maybe I have lost the true sense of planning, but dealing with architectural theory in the office I work for, my field of vision includes all those current architectural problems that prevail in the world.» The book introduces the reader to Lediņš’ theory of living environment, matters of perception and critique of the architecture of mass housing districts.

The book «Workshop for the Restoration of Unfelt Feelings. Juris Boiko and Hardijs Lediņš» in both Latvian and English has 482 pages with more than 500 illustrations and photographs. It was edited by the LCCA researchers Ieva Astahovska and Māra Žeikare and designed by Zane Ernštreite. The publication is supported by State Culture Capital Foundation and «Arctic Paper».