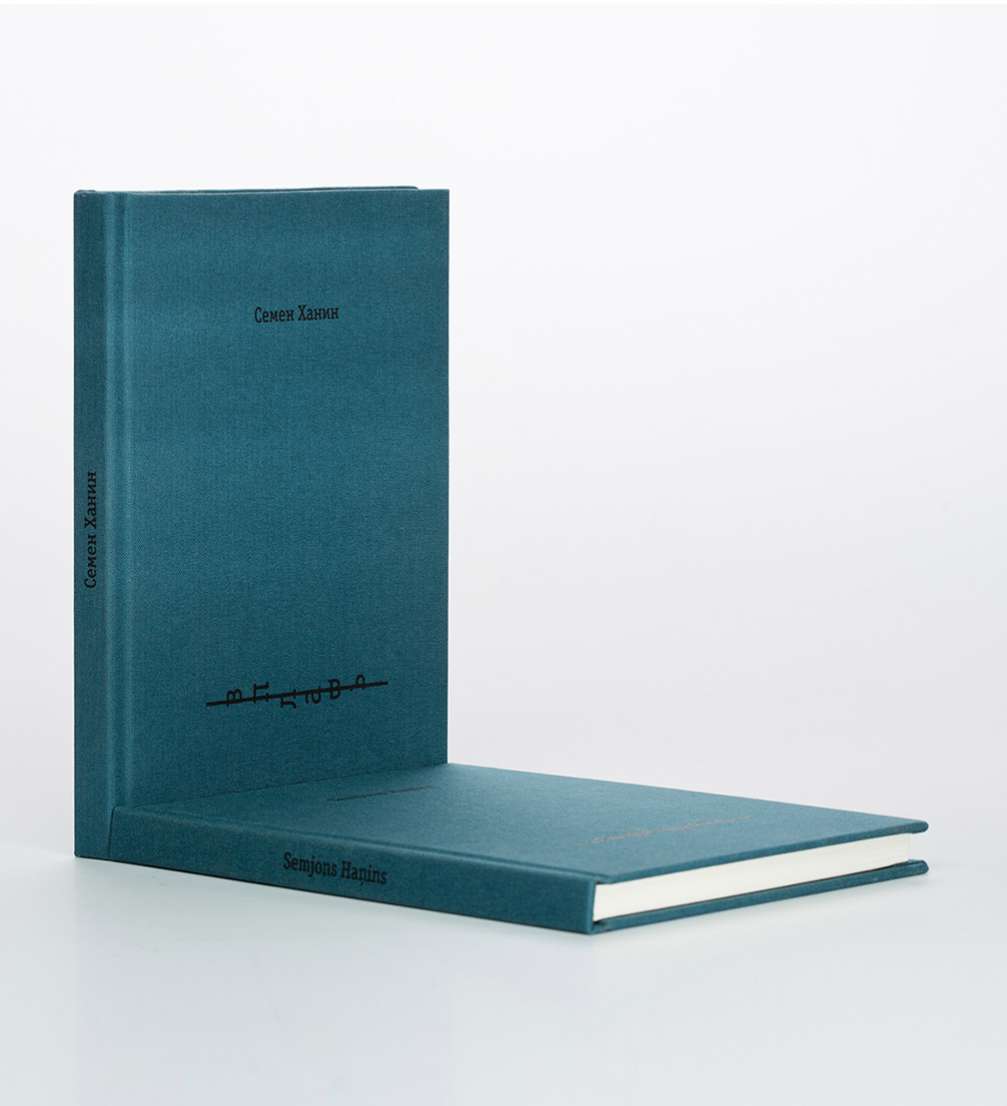 The text group «Orbita» has published a bilingual poetry compilation «Swim» by Semyon Khanin. It has been issued as two separate books, yet they stick together and are great not just for reading, but for making tricks as well.

The publication in Russian and Latvian consists of two books, the mutual attraction of which is created by magnets hidden in the covers. Because of this touch plays an important role in getting to know the poetry compilation. Designer of the book — Līva Rutmane.

The collective «Orbita» unites Latvia’s Russian poets, photographers, musicians and multimedia artists, actively taking part in local and international cultural life. Books, published by «Orbita» are created in a collaboration between text authors, editors, different illustrators and designers. They have left behind the unified visual aesthetics used by the group before, and are now aiming towards an individual character for each publication.

The book is published in collaboration with «Rīga 2014» within the programme «Riga — the European Capital of Culture». Publishing is supported by State Culture Capital Foundation, charity foundation of «Rietumu Banka», «Arctic paper» and Ventspils writers’ and translators’ house. «Swim» can be purchased at «Valters un Rapa», «Jānis Roze bookshops», «Intelektuāla grāmata», gallery «Istaba» and by contacting the publisher.