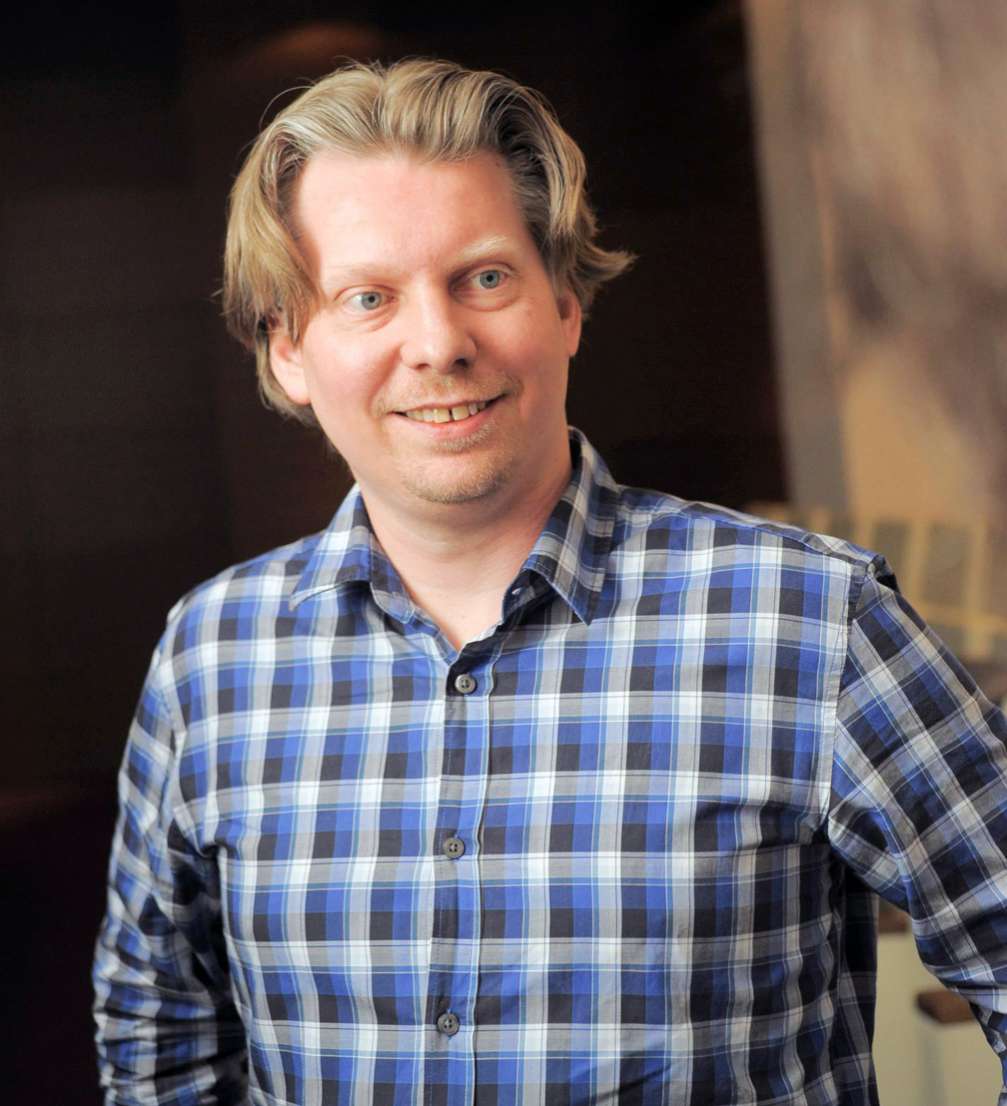 At the end of May Latvian Art Directors Club (LADC) lecture series featured Anders Plyhm, one of the founders of the highly successful, yet no longer existent Swedish digital agency «Farfar». In the lecture Anders spoke about today’s technology bringing objects to life, but in the interview — about culture of creativity, playing by the rules of advertising industry, and how a small agency got caught up in a global network.

After «Farfar» Anders Plyhm worked as creative director at «Agency Republic» in London and freelancer at many notable agencies — «Saatchi & Saatchi», «Wieden + Kennedy», «Fallon» and others. Anders is currently a freelance Executive Creative Director at «Razorfish» in London, working on the «Blackberry» account.

What is your educational background?

I’m a graphic engineer. That means I studied the design side — typography, layouts, colours —, as well as mathematics. When I was growing up, I realised that the really good artists were the ones who managed to create tools for themselves. And if you want to create tools in the digital world, you write code. That lifts all limits — if you have an idea in your head, and there’s no tool for that in Photoshop, you can make a new tool yourself. For me it was a compelling thought.

Do you think it is important to mix exact and humanitarian studies together?

Definitely. At the university I was part of the student board that helped teachers improve the learning process. One of our key points was to allow different courses to overlap. At the best schools — Bauhaus or MIT, the boundaries between different disciplines are blurred, and even the student — teacher relationships are quite loose. What does biology have to do with textile? I don’t know, let’s find out!

I’ve always been curious and I get inspired when people misuse things. If you look back in history, misuses and mistakes have often triggered important events. Discovery of penicillin was an accident. A modern day example — «Roland» made their TB–303 synthesizer for guitarists to exercise. But people didn’t use it as a base player, they had fun with it instead, and all of a sudden acid house was born.

Today we’ve been blessed by another digital revolution, and we should make something out of that. The first revolution was the Internet; now we have smart objects. Technology allows us to bring objects and places alive. Our job is to get hold of this technology and tell stories with it. Imagine — everything around you could tell stories!

You have tried many positions in the advertising industry — founded an agency, sold it to a network, you have worked for others and recently you turned to freelancing again. What has lead to such decisions?

In the beginning digital advertising was fun — no rules, no boundaries, you could really be an innovator. Then more money followed and everything matured, and I got bored of the «bucket filling». I think I work best when I’m a bit scared, when I’m not quite sure what I’m doing. So I thought I needed to do something in traditional advertising, but somehow ended up in «Agency Republic», a digital agency in London. Afterwards at «Fallon» and «Wieden + Kennedy» I had to make posters and work with a copywriter, and I was scared. In freelancing you learn a lot — see different cultures and get to work with a lot of great people. The downside is that sometimes you have to leave your «babies» behind and hope that someone has the interest to execute the ideas fully.

In your career you’ve earned a lot of awards. What do they mean for you and the agencies?

In the beginnings of «Farfar», we couldn’t care less about awards. Then we realised that’s part of the game, and you have to play it. Awards are good if you’re looking for a job, they build credibility of the agency, and they are a power in the industry. Use it to your advantage, figure out which contests actually mean something, there’s no need to enter them all. We started playing the game — looked at which award shows are used for «Gunn report», and entered those. Our master plan worked [«Farfar» was ranked number one in 2007 and number two in 2008].

If you do great work, the awards should come. One important thing — make sure you document your work in the best possible way. The better you present your work, the higher are the chances of winning. Don’t just scramble it together one week before the contest, take the presentation part very, very seriously.

«Farfar» had its ups and downs — it was among the most awarded agencies in the world, got sold to «Aegis group’s» «Isobar» network and closed down five years later. Can you tell us the long story short?

There were several networks that wanted to buy «Farfar» at that time, but we hesitated, because we liked our freedom. Joining a network would limit the freedom of choosing our clients. «Isobar» as a media company didn’t have those constraints and offered us a possibility to expand worldwide. We signed the papers, got the money, but after a while we started seeing that they weren’t doing anything for us, just owned us. We wanted to open a branch in New York, but they didn’t help and we couldn’t work on big accounts with half of our team back in Sweden. We couldn’t scale «Farfar» up without the support of «Isobar». We made it quite clear that we’re not satisfied, and people started leaving the firm. I personally wanted to get out into the world, and I wasn’t able to do it with «Farfar». So I made the difficult decision to say goodbye too.

Can a small agency be economically sustainable in the long run? Is becoming part of a network the only way to expand globally?

I argued for a long time that there shouldn’t be more than 15 people at «Farfar», but at the end it climbed up to around 40 employees. I thought — everyone should know each other and know every single piece of work that goes out of our door. I saw it as a way to keep the quality up, but with that principle you can only work with a selection of clients. It’s nice to reach that level where you can choose and not just scramble for any work. Running an agency like that makes it a kind of boutique. But if you want to do global things, you probably need to become part of a network.

What often happens after joining a large network is that the agency starts losing its creative power through people leaving. Why is that so?

When a larger network buys an independent agency, a culture clash happens. A group of highly creative people probably are not the best at keeping track on the finances, whereas a large network might be run by numbers, profit margins, and then the clash is very hard. The work you do is then being judged from different angles.

What were the lessons you learned during «Farfar’s» time within «Isobar»?

I defined what I value the most in an agency. It is the culture — this intangible thing that sits in the walls and reflects itself in the interior, the teamwork, the attitude. Culture is what builds the creative climate that you need to do great work. It is possible to align everyone in the agency to think the same way: «We’re going to do great work». At «Farfar» we joked that other agencies keep people motivated with beers on Fridays, but us — just give us a good brief.

Is it possible to nurture creative culture?

At «Razorfish» I’m trying to figure out exactly that. I have to make people ask themselves: «Is this good enough?» At «Agency Republic» I got a bit tired of the project managers saying that «this is going to be expensive, that is going to take time, we haven’t done that before.» I went and bought a bottle of champagne, brought it to one of the meetings and said: «If you hear the words «I don’t know, we haven’t done this before», let’s open the bottle of champagne and celebrate, because that means we’re doing something new, something fresh.»

What is your work philosophy and mission?

I try to create something that people would care about. Our tagline at «Farfar» was «we are time bandits», meaning that we steal time by making things that people would care about, seek up and spend time on. It can be something entertaining that makes you smile, or it can be something upsetting. Humour comes more natural to me, it is so powerful as a communication tool. I’d love to do a more serious campaign though, because that would put me in a place where I feel unsure, uncomfortable, which is great for inventing something new.

When creatives present their ideas to me, I ask them some simple questions. Number one — what is it? Number two, probably the hardest, — why should anyone care? And finally — why is it good for the brand? Because we often come up with crazy and funny ideas, but we forget about the brand that we were hired to promote in the first place. My most important function as a creative director is to inspire. My job description should say «chief inspirer». 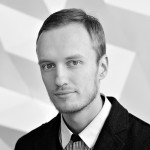 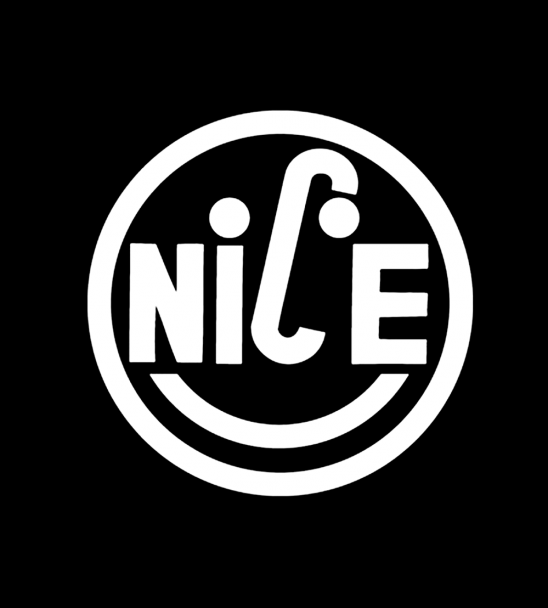 «It’s Nice That» — from a blog to an online medium