Searching for reasons to be creative in Brighton 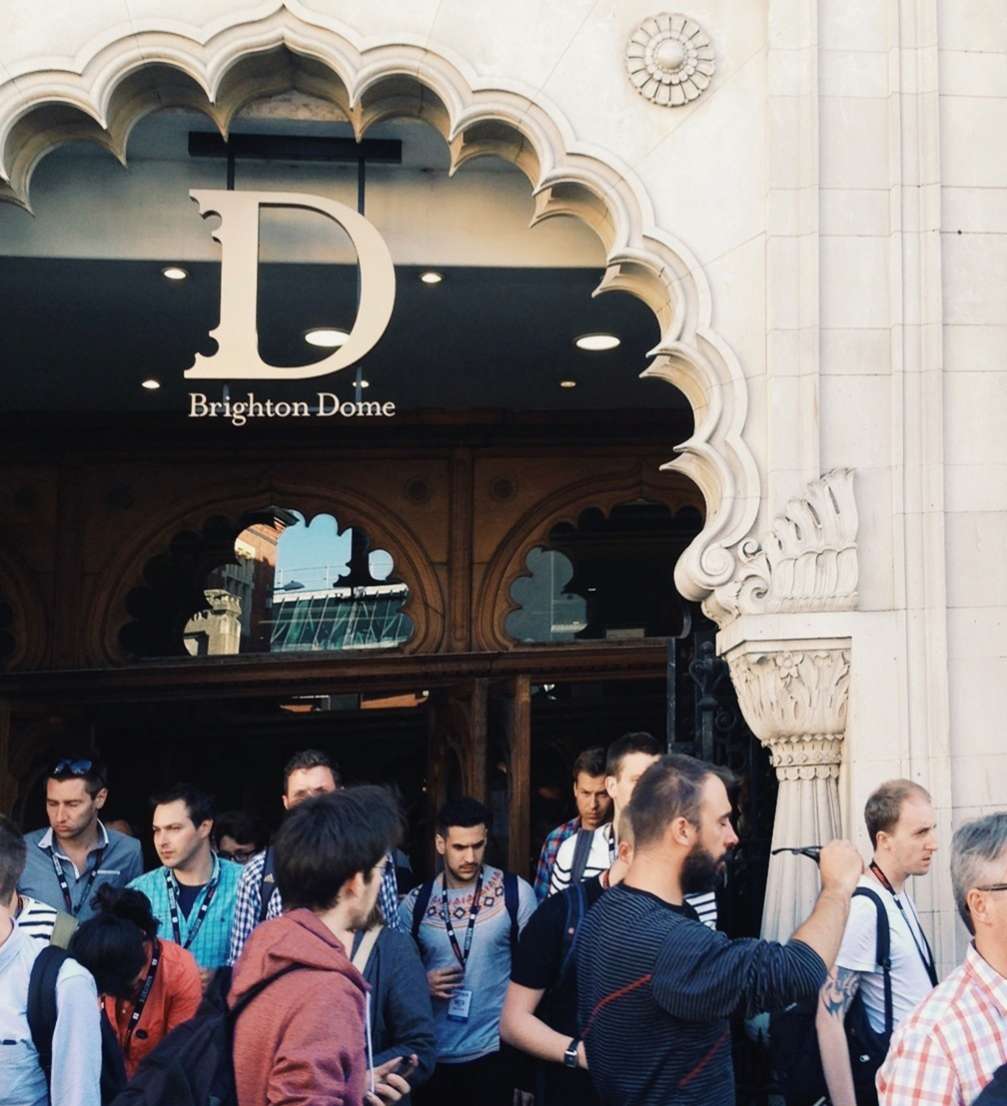 In the beginning of this year, at web and design agency «Graftik» we decided that at least once a year we should go to a foreign conference in our field in order to broaden our view, or rather enhance visibility. So the decision was made to go to «Reasons to be Creative», which this year took place in England’s southern coastal town of Brighton. It’s the sixth year for the conference, and it included talks by many internationally known designers.

So we set off together with Miks and Miks (the senior programmer and the junior graphic designer) for three hot days in Brighton; hot in every sense. Brighton, with its greenish sea and an unusual climate for England in September, resembled a southern resort town. But there was no time for sunbathing. The days were «hot», because we became like batteries that are constantly charging. Each day the programme of «Reasons to be Creative» included six lecture sessions, and half of them had options — one had to be chosen from three. Lectures took place in the Brighton Dome; 80% were targeted at designers, with the rest for those interested in code–writing.

An ability to identify

My Evernote has become twice as heavy, and it is hard to decide what to have from it all. First, I was pleasantly surprised by a frequent idea that you did not have to always find something new — that genius invention or an idea that is outside, but rather try to identify that what is already in you — the way you are and what you already do — and thus you could reveal something valuable that would naturally create this sought–after idea.

Like what? For example, Naomi Atkinson switched from a large advertising agency to working from home, but then she realised that she misses the contact with people. In order to compensate this, she turned to interior objects in her flat and began rearranging them regularly, until she understood that more than pixels she likes things she can actually touch. During the conference, she announced her new project — an opening of a four–storey design shop «Whosit & Whatsit», where any designer would be able to offer their product. You, too, if you want.

In another talk, Andrew Spooner invited everyone to identify the sense of sound in them and use it more actively in design. With a rather funny method, using two poor volunteers, he proved to everyone involved that, contrary to the widely known fact that light is faster than sound, human intuition perceives sound better, therefore, sonic signals are more effective in design than visual ones.

At the same time, the inventor Dominic Wilcox suggested we look at things from a distance, because then we can see them in an abstract, blurry form, allowing our imagination to do a part. He knows what he says because among his accomplishments are many different, mostly unusable, but still creative masterpieces. One of his fruits of imagination is «Field», which was created because he couldn’t imagine what the end result would look like. Possibly the most applicable motivation I’ve heard of.

We had to smile a lot during the conference, which is, of course, a good thing. I also heard a lot about how we designers could make a smile appear on our users’ faces. Aaron Gustafson suggested we, unlike artists, work with empathy (an ability to feel what the user feels). This means to be ready to work for clients also when we don’t get anything (except money) from this relationship. Aaron illustrated this point with Jack the goat, which unselfishly took care of a blind horse called Charlie.

Stefan Sagmeister also had a something to say about smiling, presenting facts about happiness that he gathered during his «Happy Show». The most interesting statistical fact was that the happiest people are those who are religious, married, and — yes — who sing collectively. So this is how we sang with Sagmeister.

However the most vivid example of smile–generating was by guys from the interactive design studio «Hellicar & Lewis», who were telling about some amateur contest. Two Norwegian guys presented a really genius idea — to built an electronic gadget, a little box, which could be plugged in to a TV and could scan people’s facial expressions. Every time when a viewer smiles watching, for example, a good comedy, the gadget cuts out this fragment and repeats it again and again for so long until the person stops smiling.

The search for the right place

Of course, we all struggle with doubts about ourselves, our skills and our true place. Liz Danzico, tutor and founder of SVA NYC suggested an approach for this: find out what you did at the age of seven, and quite often it is what you really want to do now. At the same time, the famous Jon Burgerman had his own view on this – if you can’t be good, at least be different. He is both.

The creative director at «Typekit», former web designer Elliot Jay Stocks instead of his best projects showed his most embarrassing ones — his first web pages with all the flash, iframes, pixelfonts, etc. It made us smile. However, later in life he decided to do what he recommended every web designer to do, i.e. to try themselves out in the print field. It granted him a new perspective on fonts, which nowadays more than ever is an essential part in web projects.

The conference was very versatile, because such were the lecturers. After each talk there was a coffee and «Red Bull» break. In the morning of the third day, there was a special session — «The Elevator Pitches» – with 20 young designers who each had 3 minutes to present their idea. It is impossible to present anything reasonable at this short time, so the emphasis was in their ability to present themselves, which was worth seeing.

On a bike to Latvia

When Lanyrd told me about this conference and I saw its most famous speaker, I understood that this would be a valuable conference. It was Erik Spiekermann, the head of the design studio «Edenspiekermann» and a font maniac. His talk about the work principles behind his studio and his experience was the most valuable, because I, too, run my own little studio. I was glad to hear that with them the simplest business card webpage cost EUR 20 000, but a «normal» one would be around EUR 600 000. I see where we could grow. But, if seriously, I was affirmed that it is important to find ways to tell a client: «You are a client, you pay, and it’s all the role for you in this project.» Because we don’t tell a mechanic how to change an engine oil. In my view, on our ability to say it diplomatically depends our whole design field and the Latvian visual image.

Respect should be created from the very first contact when a client turns to us. Thus Spiekermann showed three simple principles how to get it. First, don’t pitch for free, not to mention already working on some sketches. Second, always invite the client to come to see you. If they are not ready to come to you, they are not worth your time. Third, never reduce the initial fee, because you will make yourself a liar and will not be able to raise it later. The client will find the money, if he needs it. Of course, remain a common sense, but these principles will set the right basis for partnership.

Shortly before Spiekermann’s evening session, I managed to catch him in the lobby for a chat. When from English we turned to our native German, the tone became much friendlier, and thus I managed to tell him also about Latvia. It turned out his wife was Lithuanian, but he hadn’t been to Latvia. I invited him to come and read a lecture, to what he replied that next summer he plans to travel all the Baltics from Lithuania to Estonia on bikes (he has 12 of them). Whether a lecture can take place, probably depends on us. 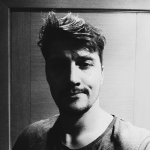 The creator and head of the web and design agency «Graftik». In spare time he works as a graphic designer for himself.