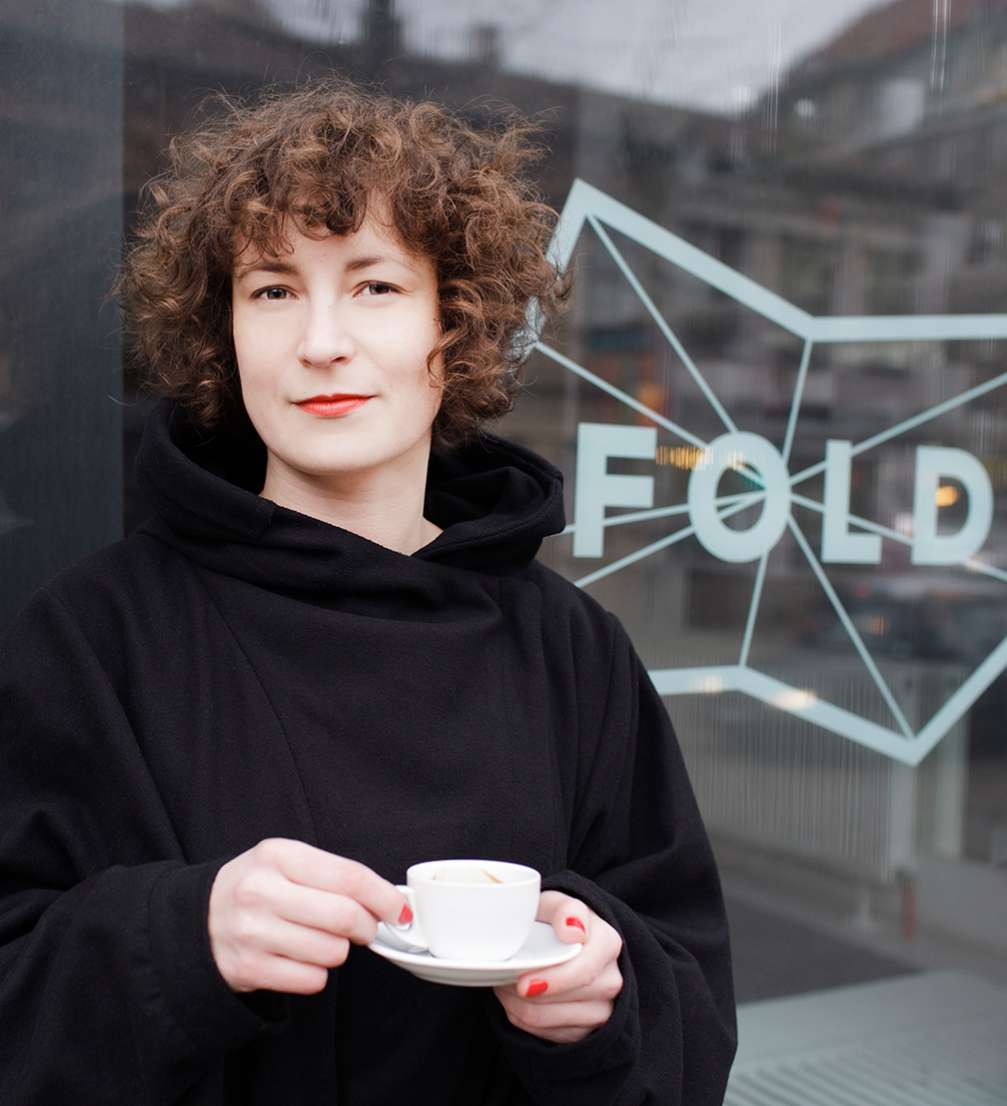 Today, the first year of FOLD has come to an end. In this editorial I have put together a sequence of constructive numbers and a few emotional revelations.

In the photo of FOLD’s first editorial in April, I was holding a larger cup, because at that time I could still afford to sip a cappuccino. During the year, as the amount of work and level of responsibility grew bigger, it got replaced by stronger coffee in smaller cups and quite a number of nights spent at the office. I’ve followed closely everything that we have published — exactly 400 posts, which consisted of approximately 250 thousand words and 1510 images, as well as 3 original videos.

Of course, I haven’t accomplished all of that on my own — many others have been involved in creating the content:

To avoid spending all the time behind computer screens, we organised 6 «Unfolded» events and Riga Type Week, attended in total by around 300 people. Many others helped with that as well: comic magazine «kuš!» and Embassy of Belgium, Ministry of Culture and State Culture Capital Foundation, Embassy of Denmark and Danish Cultural Institute, as well as Latvian Art Directors Club.

A big thank you to all that have read at least one of our posts! In 2013 FOLD has had 42,800 unique visitors. The most popular on our English version was Veronika Viļuma’s article on Latvian bicycle design «Bicycle. Made in Latvia», which was later republished on the Estonian «Wader».

If you are deeply immersed in your work, it is difficult to zoom out and look at yourself from a distance. We find it helpful to meet with colleagues from abroad and exchange experiences and tips. Shortly before the launch of FOLD, we interviewed Rob Alderson, editor of the British site «It’s Nice That». He encouraged us to curate the content, meet with our readers face to face, and assess creative work taking the local context into account. We have been following these principles closely, allowing only a few compromises.

Soon we’re going to publish a conversation with members of the Belgian design initiative «De Invasie». They, in turn, emphasised the importance of a good atmosphere in the development of creative industries. Looking back at 2013, it seems to me that we have undertaken a similar role — telling about current events and highlighting outstanding work and by that creating a sense that each does not only fight only for themselves, but there is a community of creative people in Latvia, who are able to come up with fresh ideas, work hard and eventually achieve success. No matter what the field, good examples can inspire and experience of others can teach.

We will begin the next year going through the stock gathered back in summer: articles about open and closed source software, methods of urban regeneration, interviews with Latvian and foreign designers, advertisers, architects and fashion designers, and two new Fold Films. We will carry out some rearrangements of functionality and design of the website and add new pages to it as well.

But we are not able to spot and publish everything ourselves, so I would like to invite readers to engage more in content creation next year. Feel free to share interesting news and your own successful work by writing more often to info@fold.lv!

Finally, I would like to say thank you to our supporters and friends: Ministry of Culture and State Culture Capital Foundation for providing funding, «WARP» and «Associates, Partners et Sons» for sharing their office space, as well as all those who on their own initiative have written about their findings, come up with new themes for articles and sent us information on current events.

In the New Year I wish you all to find a reliable team and together accomplish at least one job to be proud of!