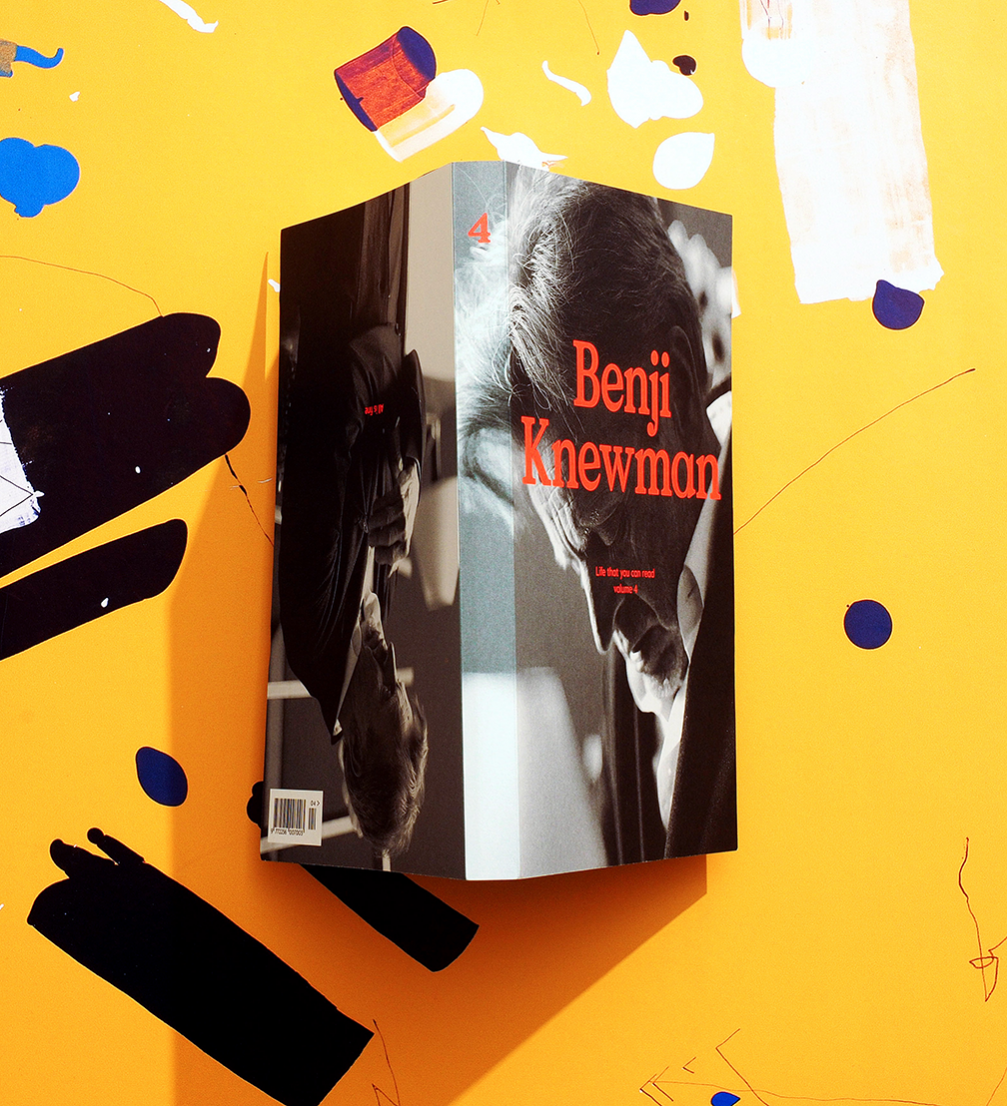 The fourth volume of the bilingual bookazine «Benji Knewman» is out, this time focusing on displacement, both physical and emotional. The feeling of not being in one’s own skin is interpreted even on the cover which is designed in a deliberately wrong way.

Continuing to gain international recognition, the fourth volume of the Riga–born bookazine «Benji Knewman», has celebrated two openings this spring. The first one in London by an invitation from Jeremy Leslie, curator of the indie magazine movement, founder of «MagCulture», and the second one in Riga where «Benji Knewman» was presented together with the latest international issue of the German «ZEITmagazin» during the visit of its editor–in–chief Christoph Amend.

The fourth issue of «Benji Knewman», with Mikhail Baryshnikov on the cover, reveals the thoughts and fears of the legendary ballet dancer and actor after performing the play «Brodsky/Baryshnikov» in Tel Aviv. In another story, a writer, born in Iran and raised in Canada, wonders which of the two — Toronto or Tehran — is his home, but in the end feels that he does not belong to any of them. Danish professor, who has moved to France, tells how he quit a respectable job at the «IBM», because he no longer wanted to lie on behalf of the company. A young man Oskars in Riga explores his body and confesses that he sometimes compares himself to men in glossy magazines. The bookazine also features an article on modernist architecture in Riga, behind–the–scenes of an art website and the specifics of Latvian art market.

Agnese Kleina, the editor of «Benji Knewman», says that the theme of displacement was so present in many articles of the latest issue that together with graphic designer Madara Krieviņa they decided to make the feeling visual and even tactile. As a result, the cover design is one of the issue’s biggest surprises. It is deliberately glued upside down, thus being as «displaced» as the characters of the stories inside. «It looks like the reader is holding the magazine upside down. What would be a better way to put the reader in the shoes of the protagonists of the stories, if not when others awkwardly stare at him,» Agnese explains the idea behind the design.

«Benji Knewman» bookazine can be purchased in Riga’s design, fashion and book stores as well as online. It is currently available in 22 countries, including Canada, USA, Brazil, the Netherlands, UK, Austria, Lebanon, Australia, and New Zealand.