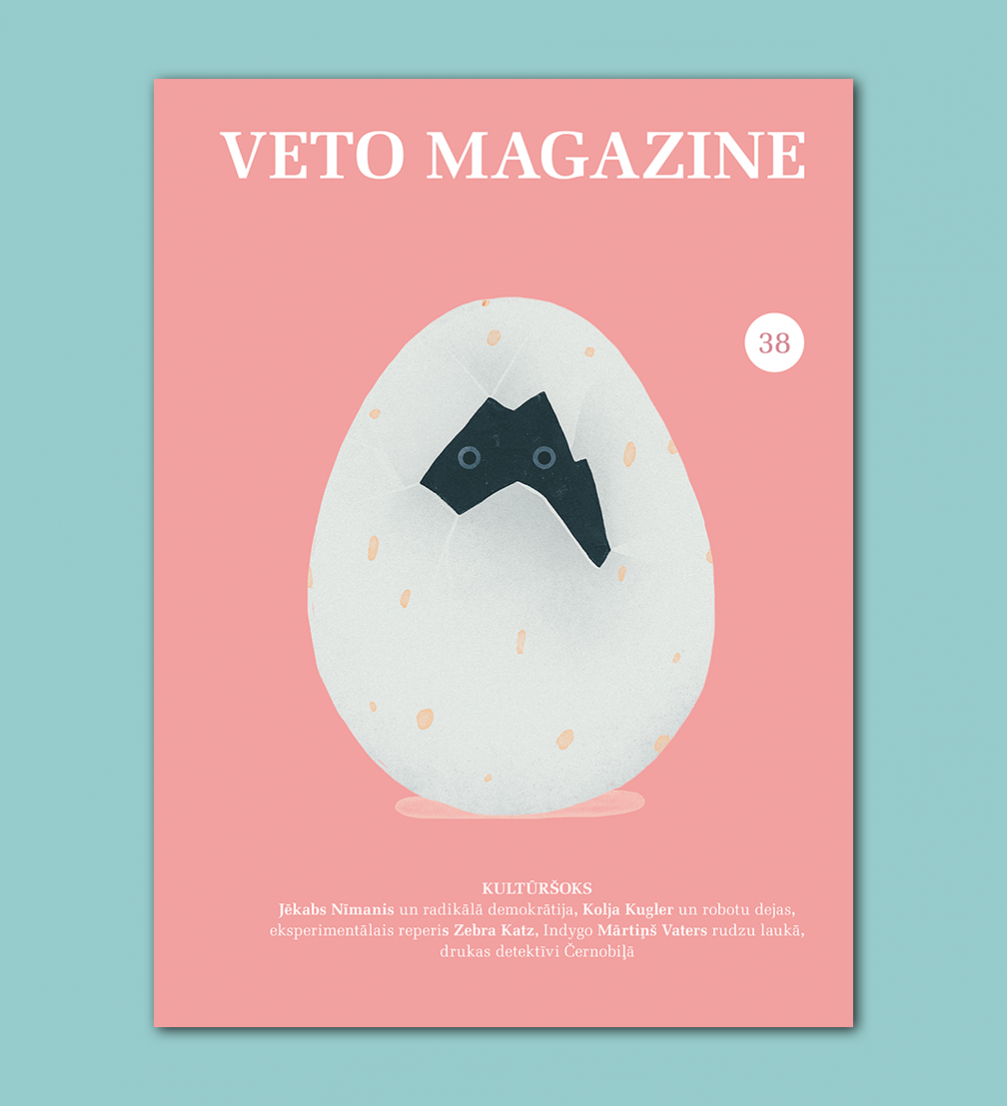 Culture magazine «Veto» Nº38 seeks surprises and even shock in other cultures — faraway lands, dark corners of the internet, a psychiatric clinic, and, of course, music. The issue features intervies with the musician and composer Jēkabs Nīmanis, American rapper Zebra Katz, Spanish photographer Mikel Blasco, and others.

In his interview, musician Jēkabs Nīmanis talks about why art shouldn’t be separated from daily life, why it is important to make mistakes and create work that fails and why he likes anarchists. Mārtiņš Vaters, vocalist of «Indygo», shares memories about the beginnings of the band and explains why musicians need creative camps. Founder of «Erica Synths» Ģirts Ozoliņš introduces the readers to modular synthesizers and tells the story about how building an electronic constructor for his son led to producing world–class electronic music instruments. The issue also features interviews with the experimental rap musician Zebra Katz from USA, Spanish photographer Mikel Blasco and Latvian artist Edgars Gluhovs.

In a discussion about culture shock film director Dāvis Kaņepe, anthropologist and owner of independent cinema «Kino Bize»  Māris Prombergs, and traveller Madara Muižniece explore the notion «culture shock» and share their experiences of being surprised in other countries and environments. There are also articles on experiences in a psychiatric clinic, adventures in online dating sites, as well as visiting a creator of robots–musicians in Germany.

The literature section of the magazine features short stories by Andris Kuprišs, but the playful illustrations of the 38th issue are by illustrator Roberts Rūrāns who is well known for his study of Latvian idioms through drawings.

«Veto Magazine» can be purchased at all newsstands, book and lifestyle stores, museums and exhibition halls. «Veto» is made with support from State Culture Capital Foundation.