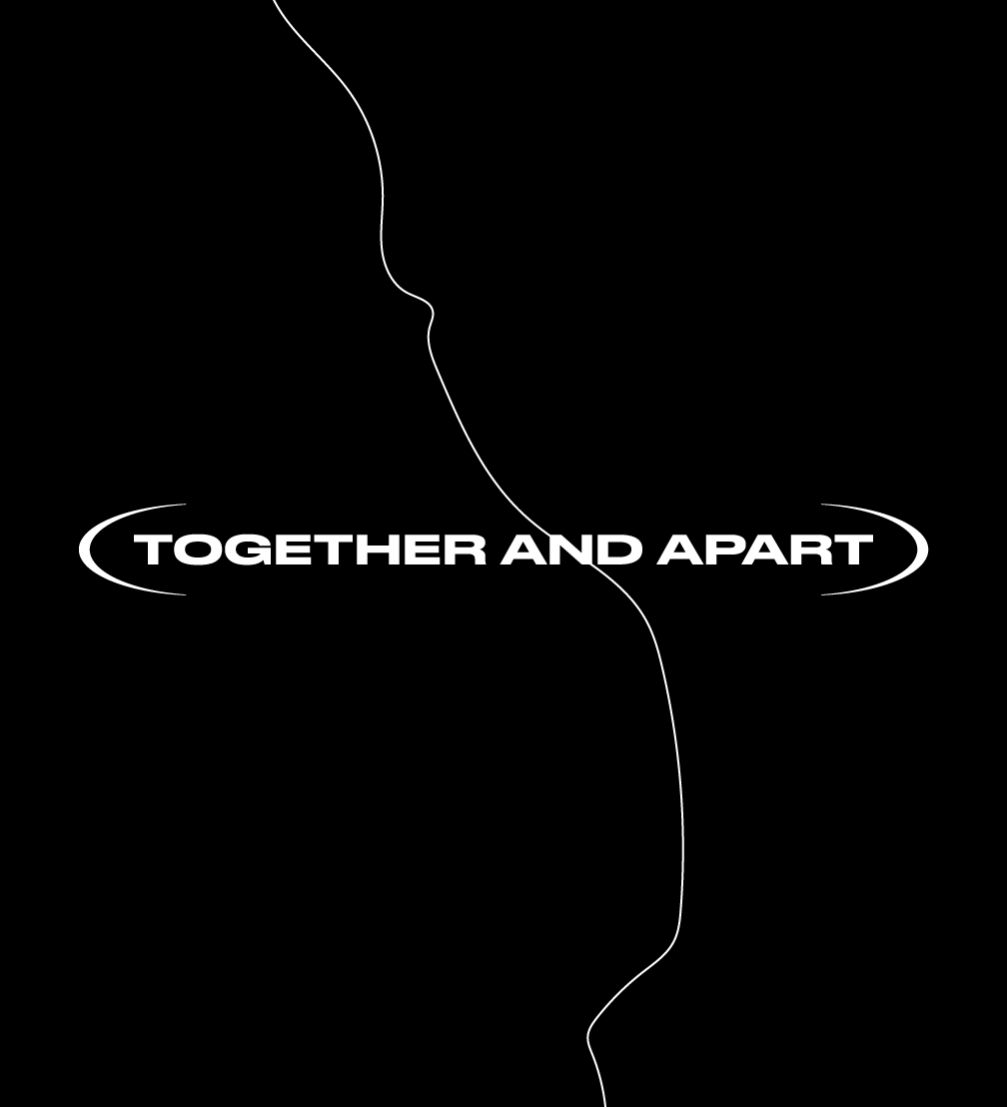 Visual identity of «Together and Apart» by «Goys & Birls»

The Latvian Pavilion during the 16th International Architecture Exhibition Biennale, titled «Together and Apart» looks at apartment buildings in relation to architecture’s role in organizing the society. It examines how this architectural typology generates ways of living together and apart — although the apartment provides the possibility to separate one from the outside, it is always a part of a common structure.

This year, the Latvian Pavilion will be located in Arsenale Artiglierie, Venezia and the official opening will take place on May 25. Venice Architecture Biennale is the world’s largest and most prestigious architectural exhibition, held every two years. Latvian Pavilion «Together and Apart» is curated by a multidisciplinary team of architect and urbanist Evelīna Ozola, architect Matīss Groskaufmanis, set designer Anda Skrējāne and the director of New Theatre Institute of Latvia Gundega Laiviņa.

«Two-thirds of Latvians — 66.1% — live in apartment buildings. This is the highest ratio amongst the European Union countries, hence for most Latvians, this type of housing is the closest engagement with architecture. At the same time, experiments within the architecture of apartment buildings as well as wider discussions regarding the environment in which a contemporary Latvian society should live have mostly disappeared from the discourse of architecture,» comments Matīss Groskaufmanis.

During its 100–year–long history, Latvia has undergone several fundamental political and economic transformations that have employed housing as a means of reform. This exhibition will introduce these historical turning points, together with important contemporary processes, which require the participation of architects and are relevant within a global context.

The intention of the curating team behind Latvian Pavilion is to reopen the question of living together in an increasingly complicated contemporary society, and how the architecture of apartment buildings can assure that. «Latvian exhibition highlights the apartment building as an architectural, as well as a political, economic and an ecological project. Within the exhibition questions arise that are relevant not only in Latvia but in a wider geographic context, such as — who is responsible for providing accessible and decent apartments — the state, municipalities, the real estate market or the people themselves?» explains co–curator Evelīna Ozola.

The exhibition actualises socioeconomic transformations in relation to apartment buildings, which have been divided into four categories: «Distance», «Promise», «Warmth», and «Self». «Distance» portrays proximities between individual spheres that emerge as a consequence of demographic shifts; «Promise» looks at the apartment building as a political project; «Warmth» explores the relationship between energy consumption, geopolitics, and collective decision making; «Self» deals with the individual apartment as a subject of private property, and the limitations of it. These questions are presented through conceptual models, archival materials and a photography series depicting the multitude of apartment buildings found in Latvia today. The Latvian Pavilion will feature works by sculptor Ivars Drulle, architects Mārtiņš Dušelis and Matīss Groskaufmanis, photographer Reinis Hofmanis, urbanist Evelīna Ozola, designer Dita Pāne, and scenographers Anda Skrējāne and Charlotte Spichalsky.

«Latvia is participating in Biennale Architettura for the eighth time, however, this time the participation is significant as the creative team has succeeded to combine the impact of apartment buildings with the experience gained over the 100–year–long history of Latvia. I’m particularly touched by the teams’ analytical approach and the story about the differences and common features of three historic segments,» emphasizes Minister for Culture of the Republic of Latvia Dace Melbārde.

The curators of the Biennale are Irish architects Yvonne Farrell and Shelley McNamara of «Grafton architects», who have received the Silver Lion from the Venice Architecture Biennale in 2012. The theme they have defined for the 2018 Biennale is Freespace, which encourages architects to «go beyond the visual, emphasizing the role of architecture in the choreography of daily life.» The theme calls for examples that show how architecture, even within the most private or commercially restricted conditions, can offer qualities that benefit everyone.

Latvian Pavilion will be accompanied by a publication “Together and Apart”, which will consist of an extended content of the exhibition, including multiple essays written by acknowledged authors, such as renowned German philosopher Peter Sloterdijk, architectural theorist Robert Alexander Gorny, economist Pēteris Strautiņš, political scientist Ivars Ījabs, historian Mārtiņš Mintaurs, and others. Later, in autumn 2018, the curating team plans to publish a book in Latvian, which will explain the phenomenon of apartment building construction through parallels of architecture and significant political, economic, and social processes.

More information about the Latvian Pavilion «Together and Apart» can be found on its webpage as well as on Facebook and Instagram. 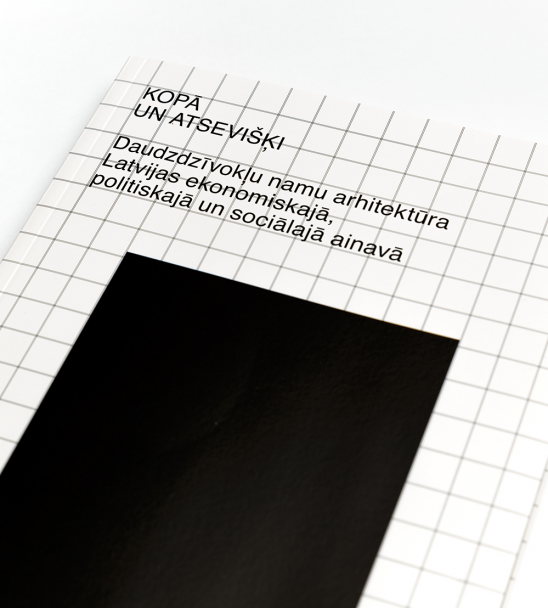 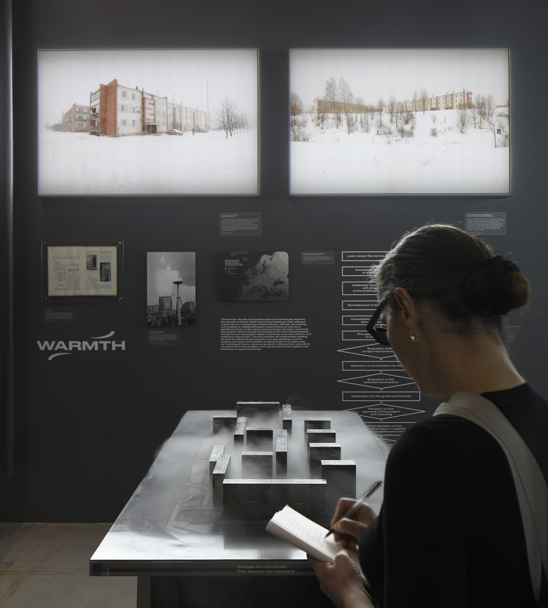 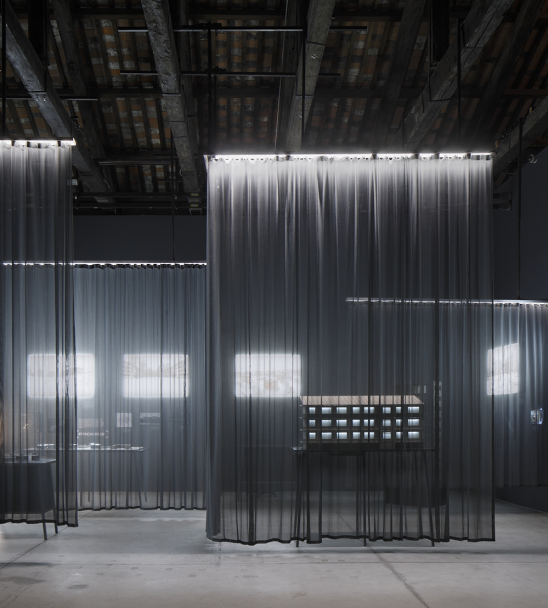