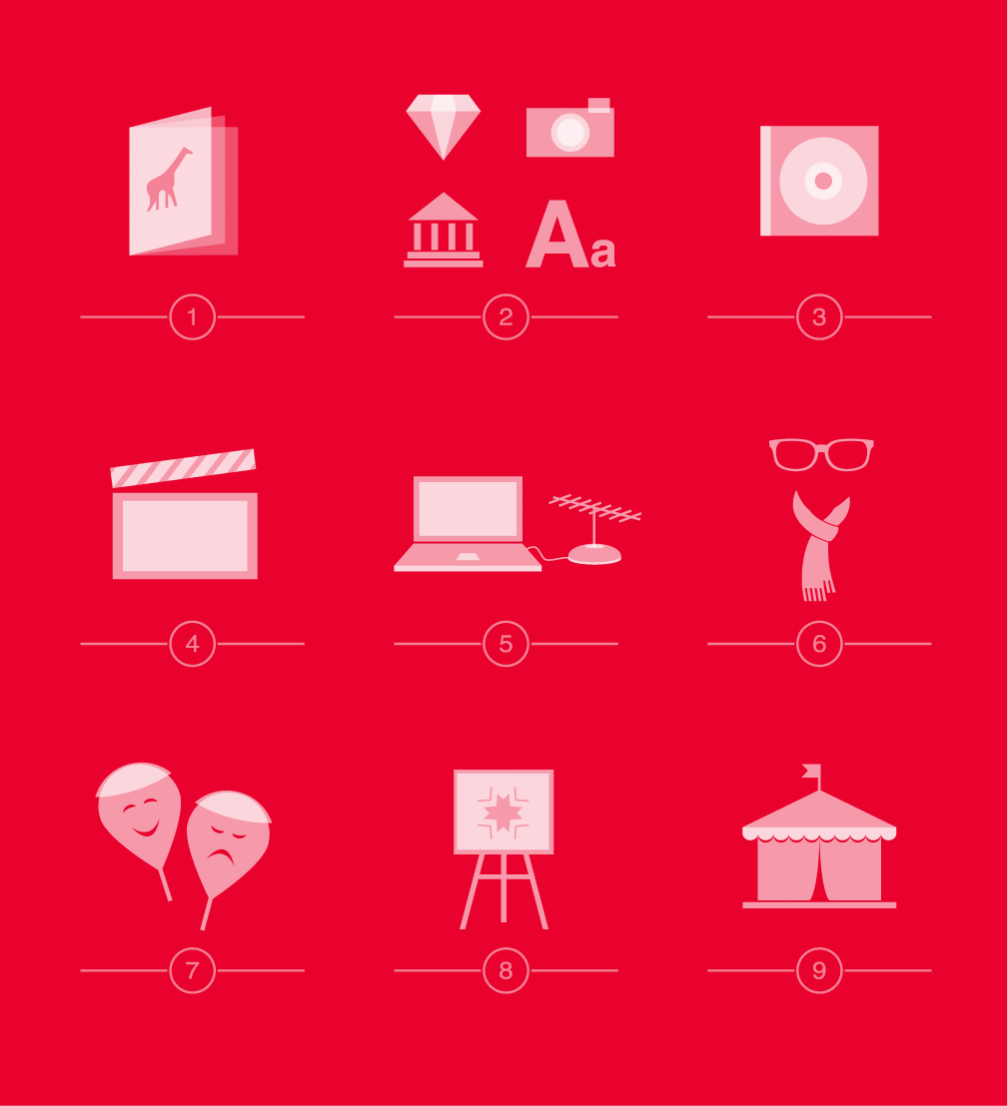 We hear people talking a lot about creative industries, but rarely can they name what creative fields count as such. To answer these basic questions, FOLD invited Ieva Rozentāle, a lecturer at Erasmus University Rotterdam, who specialises in creative industries and culture in the context of urban development, and Signe Adamoviča, the head of the Creative Industries branch at the Department of Culture Policy, the Ministry of Culture.

It is believed that the term «creative industries» comes from «cultural industry», a term coined in the 1944 book «Dialectic of Enlightenment» by German sociologists Theodor Adorno and Max Horkheimer. By comparing popular culture to production, they criticized its standardized and commercialized products that make possible manipulation with society and lead to its dumbing down. By the end of the 1990’s, along with massive prevailing of pop culture  this term had lost its negative connotation, and it still represents industries, or body of producers, that in large quantities create reproducible cultural items, like in spheres of music, film, or publishing.

The first serious attempt to define creative industries and emphasise their specific contribution took place in Britain in 1998, when The Creative Industries Task Force Mapping Document was published, which defined cultural industries as «those industries which have their origin in individual creativity, skill and talent and which have a potential for wealth and job creation through the generation and exploitation of intellectual property». These efforts coincided with two subsequently very popular authors’ works on the role of creativity in urban development, which generated worldwide interest of politicians, businesses and the public in the contribution of creative industries to economics and culture. The authors were Charles Landry and Richard Florida.

There is no one precise definition of cultural industries — some countries choose their own formulation, which practically is a list of classifiers of economic activity. These lists depend on the cultural and geopolitical context and proposed goals. Many countries follow the British example, but there are exceptions — France, for instance, emphasises cultural industries, while in China, the definition includes gardening. There is also much debate about whether creative industries include only commercial activity, or government organisations and NGOs, too. Signe Adamoviča explains: «In the EU, the term «cultural industries» is used to reconcile the new progressive North and the old Europe, with their deep roots of cultural policy. Cultural industries are those that earn, but can also be state–funded, e.g. theatre, opera. Whereas creative industries — it’s a business based on culture and creativity.»

British experience plays an important role in the Baltics, because local British Council branches are active participants in the development of creative industry policies. In Latvia, the British definition is also used, where it can be found adopted in The National Culture Policy Guidelines, The National Development Plan, and the study «Creative Industies in Latvia». This combined definition is most commonly used:

«activities, based on individual and collective creativity, skills and talents, which by way of generating and utilizing intellectual property, are able to increase welfare and create jobs. Creative industries generate, develop, produce, utilize, display, disseminate, and preserve products of economic, cultural and / or recreational value.»

The study «Creative industries in Latvia» offers the following categories:

The most inclusive is the visual arts category that comprises photography, architecture, design, applied art, decorative produce, as well as jewellery.

Answering the question about the most common misconceptions about public perception of creative industries, Ieva Rozentāle mentions traditional arts and entertainment: «It must be understood that Latvian National Museum of Art, The Latvian Song and Dance Festival, or The Latvian National Opera are not part of the creative industry. They develop and preserve culture and art; they have an economic potential, but their aim is not production. We have also come across such an absurd view that the bar «Piens» is a part of creative industries. It should be understood that a distributor is not the same as a producer of cultural or creative content.»

At the present moment, work on developing new culture policy guidelines «Creative Latvia 2014–2020» is underway, which makes it possible to include a more elaborate explanation of creative industries and specify the categories. FOLD will continue looking for answers and participate in the debate about the creative industries in Latvia.