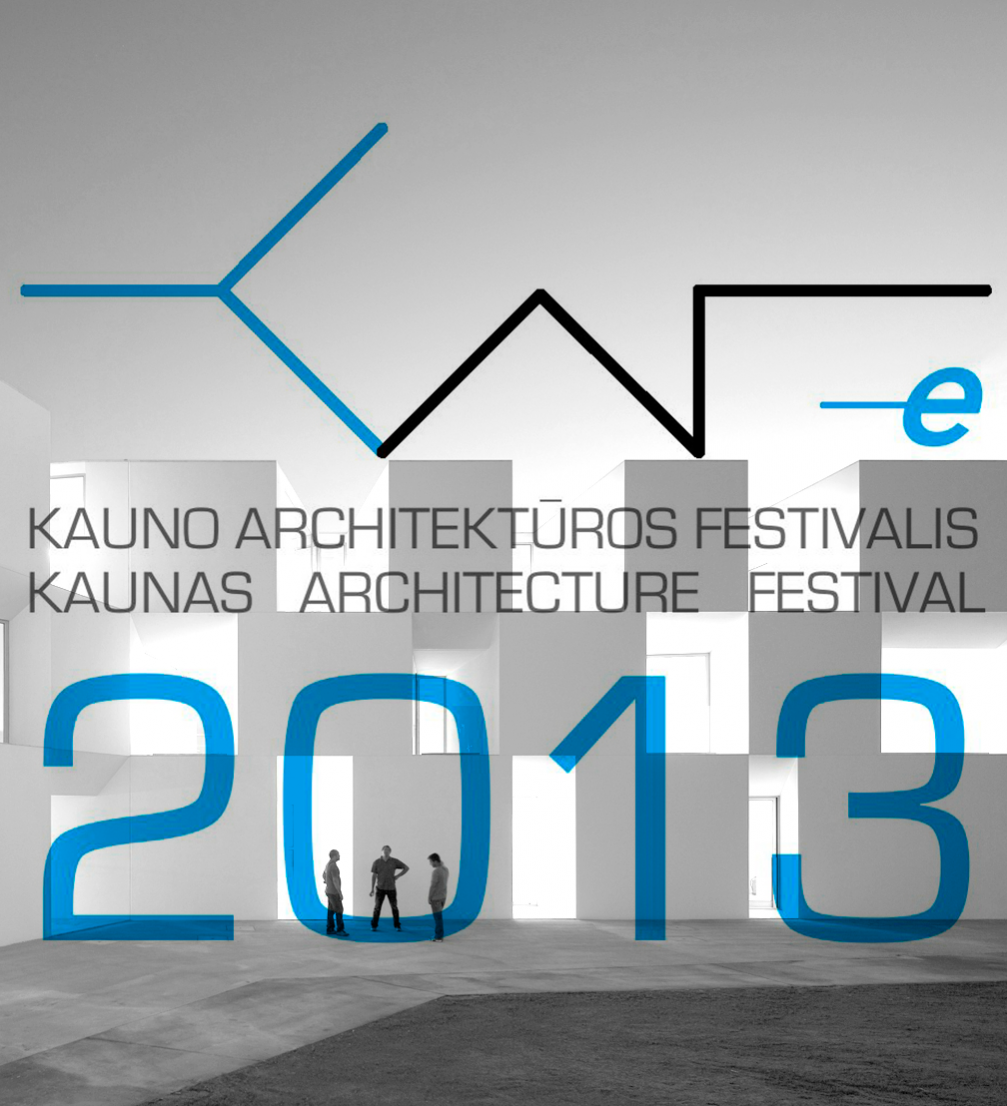 From September 1 to October 30 Kaunas Architecture Festival (KAFe) is taking place in Lithuania, with its most significant events scheduled for the second half of this week. KAFe 2013 is organised for the first time with an aim to raise awareness and knowledge of architecture among a wide audience — professionals of architecture and design, students, as well as ordinary urban dwellers.

The first festival’s theme is «Historical City Centres and their Waterfronts», which invites to discuss the historical bond between the river and the city and its revitalisation in the urban environment, as well as the revival of derelict industrial heritage. During KAFe, international conferences, exhibitions, creative workshops, and public lectures will take place in Kaunas and Vilnius. Kaunas Architecture Festival draws attention to the development of a constructive dialogue between the city and its residents, the role of architecture in promoting the quality of well–being, and encouraging civic activism. KAFe’s ambition is to become an internationally renown event and acquire the status of a biennale.

Exhibitions of the festival are devoted to architecture in Lithuania, especially modern architecture in Kaunas, built in the interwar period — as a representation of the country’s cultural and intellectual achievements. An exhibition of a competition of proposed models for Kaunas’ historic city centre’s waterfront revitalisation by architecture students of Kaunas University of Technology will be opened as well. The organizers highlight the competition as one of the most important educational events of the festival.

One of the most notable events of KAFe is the opening of the exhibition of selected works from the Mies van der Rohe Award 2013. It is one of the most important and influential contemporary architecture prizes in Europe, biannually highlighting new talents in architecture. The jury selects two works: the Prize Winner and the Emerging Architect Special Mention, as well as a set of shortlisted works to be included in the catalogue and exhibition, which will take place in Kaunas Žalgiris Arena from September 13 to October 25. This is the first time for Mies van der Rohe Award exhibition to be shown in one of the Baltic states.

Part of the event programme is the European Forum for Architectural Policies (EFAP), taking place in Vilnius from September 12 to 14. The forum is one of the official cultural events of Lithuania’s Presidency of the Council of the European Union. In the conference, the participants will debate on the role of architecture and architects in the social, economical and cultural development processes, models of collaboration in enhancing the quality of the urban environment, as well as continue working on the «Taking Stock 2012» report by EFAP and the guidelines for the development of the quality of architecture and the implementation of architecture policy in the EU.

Prominent representatives of the European architecture scene will take part in the forum — Ole Bouman, who has been the director of the Netherlands Architecture Institute, curated numerous international architecture exhibitions, and currently is the creative director of the Shenzhen Urbanism and Architecture Biennale in China. Talks will be given by architectural historian Wouter Vanstiphout, one of the founders of the Dutch «Crimson Architectural Historians» research collective and professor of the «Design as Politics» chair at Delft University of Technology will give a talk, and Ewa Westermark, who works at «Gehl Architects» as a senior consultant and project manager for complex city development projects.

More information on the programme, Mies van der Rohe Prize exhibition and the European Forum for Architectural Policies is available on the KAFe website.