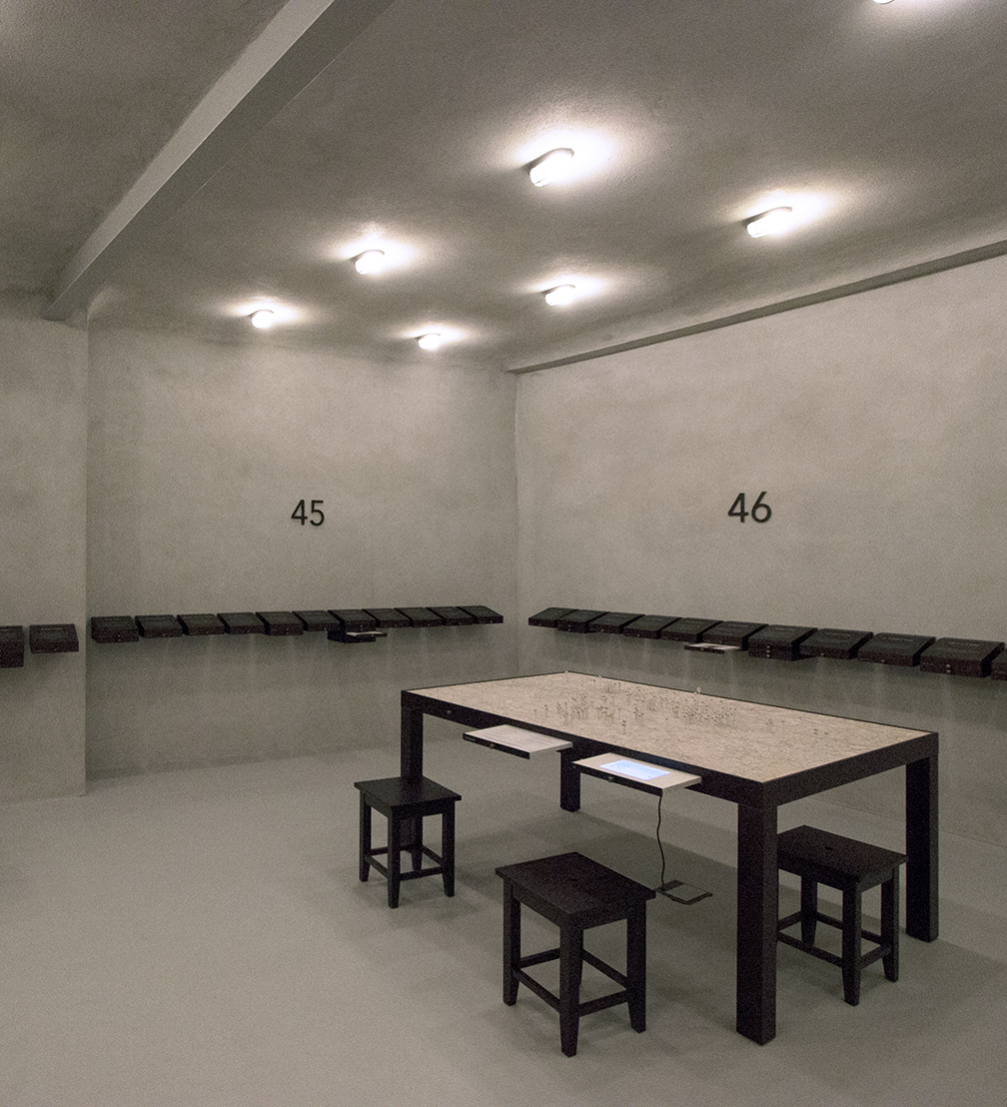 The recently opened permanent exhibition «Burning Conscience» tells about the resistance of the people of the historical Cēsis district to the Soviet and Nazi occupations. It reveals that Cēsis also had its «Corner House», but Central Vidzeme — an active national partisan network.

Commissioned by the Cēsis Association of Latvian Politically Repressed, the historian Elīna Kalniņa began working on the exhibition three years ago. She decided to expand the initially proposed theme of the repressions of the Soviet regime to researching the national resistance movement. The curator’s conceptual choice has resulted in an educational and inspiring exhibition, which talks about the value of both national and individual freedom.

During the National Partisans’ War (1944–1956), about 14,000 people participated in the armed struggle against the occupation power, supported by more than 20,000 residents of Latvia. The total is small enough to be called a «bubble» today, but the Soviet authorities deemed these people bandits, accused them of treason and actively persecuted them. Thanks to effective propaganda, there are still people today who consider Latvian partisans and their supporters criminals whose activities have brought nothing good. The exhibition seeks to rehabilitate members of the resistance movement and to explain that their political activity was a way of standing up tall and maintaining a clear conscience in an era when lies and violence ruled.

A timeline with significant historical events that help guide the shifts in Soviet–Nazi–Soviet regimes surrounds the perimeter of the largest room. The chronology begins in 1939 with the signing of the Molotov–Ribbentrop Pact, which set the scene for the occupation of Latvia, and ends in 1957, when the last national partisan of the Cēsis district, Peteris Sviklāns, emerged from the forest and surrendered to the Soviet authorities. In a photograph, he is seen smirking in front of his bunker, showing it to the officers of the KGB. An interactive map of Cēsis lists to the various manifestations of resistance — besides armed clashes, there are many small, uncoordinated acts of sabotage that hindered the daily operations of Cheka and Gestapo in the region.

The second part of the exhibition — six authentically preserved Cheka’s holding cells — draws deeper into the dissident’s life stories. Here you can meet two students, Laimonis Krivāns and Arvīds Rumpāns, who in 1940 initiated celebrations of Latvia’s Proclamation Day in their school, were later imprisoned and lost their lives. Here is a seasoned partisan Kārlis Zariņš who committed more than 30 diversions against the Soviet authorities and killed 15 people. He has not only described his forest brother days in great detail during the interrogation but also taken many photos of himself and his bunker. Here you can listen to the touching sermon «Great Loneliness» by pastor Voldemārs Plāmsis. Being honest to his parish and supporting the partisans cost him 10 years in Gulag. Not all members of the resistance movement fought firearms — someone used a typewriter, another shared bread with forest brothers, somebody else refused to decorate a graduation hall with fascist symbols. With the intention to strengthen the link between different generations in Vidzeme, the curator has invited residents of Cēsis and the surrounding areas to voice the prisoners’ audio stories.

Artists of the exhibition Krista and Reinis Dzudzilo present the content of the exhibition in a clean and unobtrusive way, with minimal additions to the harshness of the premises. One can recognise some of the tried-and-tested techniques of the recent exhibition «The State before Statehood» at the National Library of Latvia. The limited budget has helped in some respects — the spaces provide a pleasant break from the flickering screens and projections of modern shows. Foreign visitors are welcome — the content is also provided in Russian, English and German. Be warned though — there will be plenty of reading.

The two most auxiliary rooms of the holding cell block — the toilet and the kitchen — left the greatest emotional impression on me. The walls of the narrow toilet are covered with seemingly endless filing box drawers, and just one of them can be opened. It contains information about Pankraty  Maksimov, the only currently traceable KGB officer of Cēsis. In the kitchen, two identical sinks have given the curator an idea to compare the ideologies of the communist and Nazi regime. Newspaper clippings from the periods of the occupations are arranged side by side, and the artists have decorated the space with pairs of ordinary objects. The simple forks, mirrors, dumbbells and firewood stacks are a powerful metaphor for the banality of evil and put an equation mark between the two regimes. However, the exhibition does not leave a depressing aftertaste, on the contrary — it manages to balance darkness with light, and even brings out the comical side of certain situations.

It is particularly worth visiting «Burning Conscience» now, as the centenary of Latvia is just days away — to remind ourselves that freedom is a privilege and that national sovereignty is fragile. On Saturday afternoons, curator Elīna Kalniņa offers guided tours of the exhibition during which the brightest moments of the resistance stories come to life.