Music of «Dzelzs Vilks» in drawings 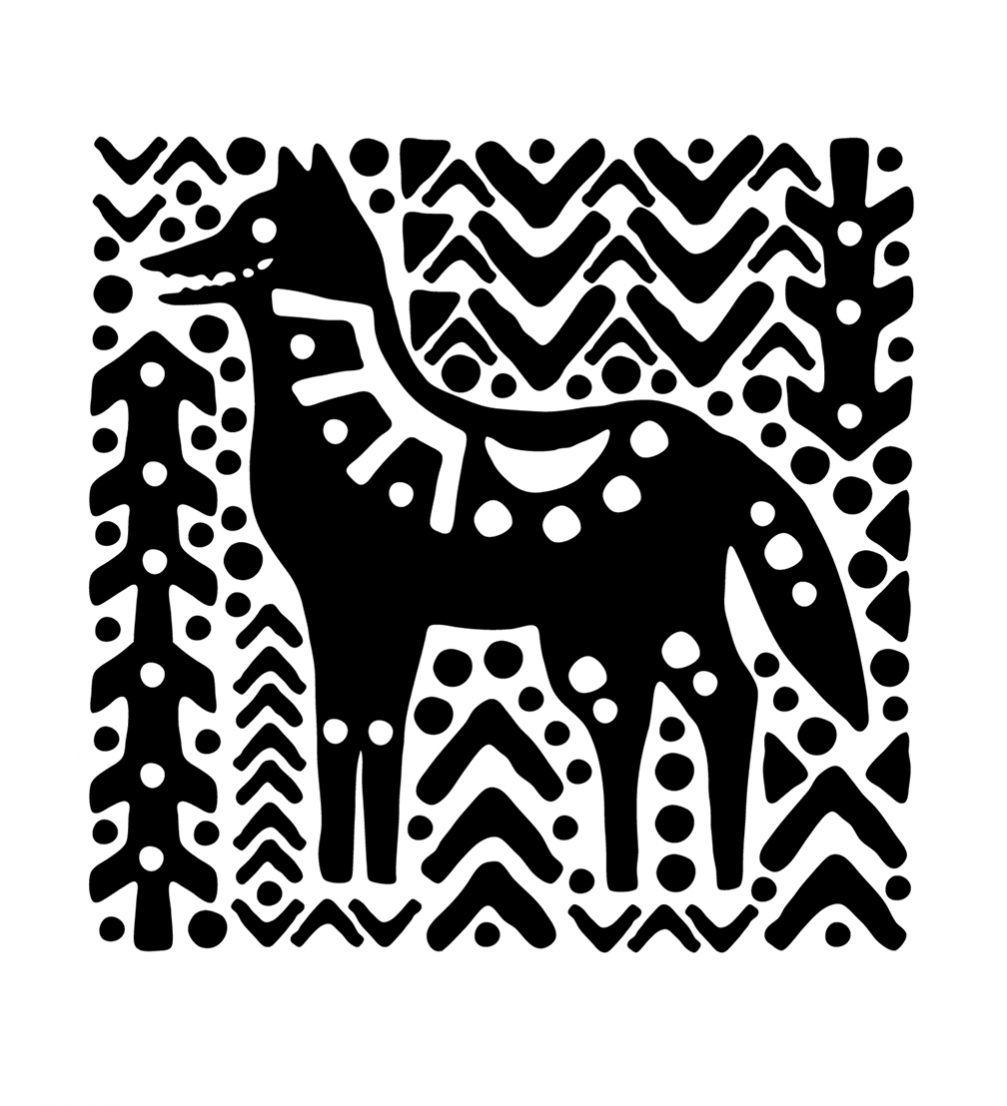 The band «Dzelzs Vilks» have added «Jauno Jāņu Orķestris» («New Midsummer’s Orchestra») to their name, turned to folk music and have just released a new album «Kālabad» («Wherefore»). Design of the CD, created by Viesturs Staņislavskis and Vivianna Maria Staņislavska, catches the eye and adds an extra value to the content.

I wouldn’t have paid much attention to the fact that «Dzelzs Vilks» have made a new album, unless the news weren’t accompanied by a crisp black and white drawing. To be honest, I’m not fond of melancholic rock, which is why I haven’t followed their music, but the cover of the new CD reminded me of an illustration with two devils in an old «Offspring» album, which I fervently reproduced in a visual arts lesson in high school, and at the same time of the Finnish artist Sanna Annukka’s beautiful drawings. Turns out, as years have passed by, not only the visual materials, but also «Dzelzs Vilks» itself has changed — they have seriously focused on folk music, added more musicians to the collective and more words to the name.

There are 12 compositions on «Kālabad» record with original music and folk poetry. Of course, traditional instruments and polyphonic singing add a completely different character to the sound, and it is not the same «Dzelzs Vilks» that sang about «one, one, one, one night stand». They say that the current single «Salā Jūra Daugaviņa» was created as a tribute to one of the oldest Latvian folk instruments — the washboard. I find interesting that Latvian language in the songs sounds just as one of the jagged boards with such tongue twisters as «visi zari nolīkuši, dzīpariņus žāvējot», the sharp edges of which become rounded when sung out.

Naturally, I looked up the authors of the design and illustrations — Viesturs Staņislavskis, who has collaborated with «Dzelzs Vilks» for many years, and his daughter Vivianna Maria Staņislavska.

«My father came up with the concept and general guidelines for the graphic design. The idea was to create an illustration for each song. The drawings were made while listening to the music — the ornaments came from the rhythm of the folk songs, the characters from the message. All characters have something of the wolf — there is a wolf–rooster, wolf–fish, wolf–man, and others,» Vivianna writes. She studies at the Graphic Art Department of the Art Academy of Latvia, and initially wanted to make the illustrations in linocut, but this technique turned out to be very time–consuming, and ink was chosen instead. Afterwards the drawings were edited digitally.

«Decision about the graphic black and white illustrations was influenced by the energetic songs, and I had a feeling that this is neither the place for delicate half–tones, nor bright colours. Simplicity — nothing superfluous,» Vivianna says about the work process.

I have to agree with the many fans of «Dzelzs Vilks» and admirers of the album’s design — the music and the graphics go together well and complement each other. They are neither too ethnographic, nor modern; neither too serious, nor comic. Clarity hits the mark.

The album has been recorded at «Siguldas skaņu ierakstu studija», produced by Gints Sola and «Dzelzs Vilks New Midsummer’s Orchestra», published by «Upe Tuviem un Tāliem». For more information on the band and the released album visit the «Dzelzs vilks» website. «Kālabad» is available for purchase at the major music and book shops.