Imaginary Latvians in literature and film 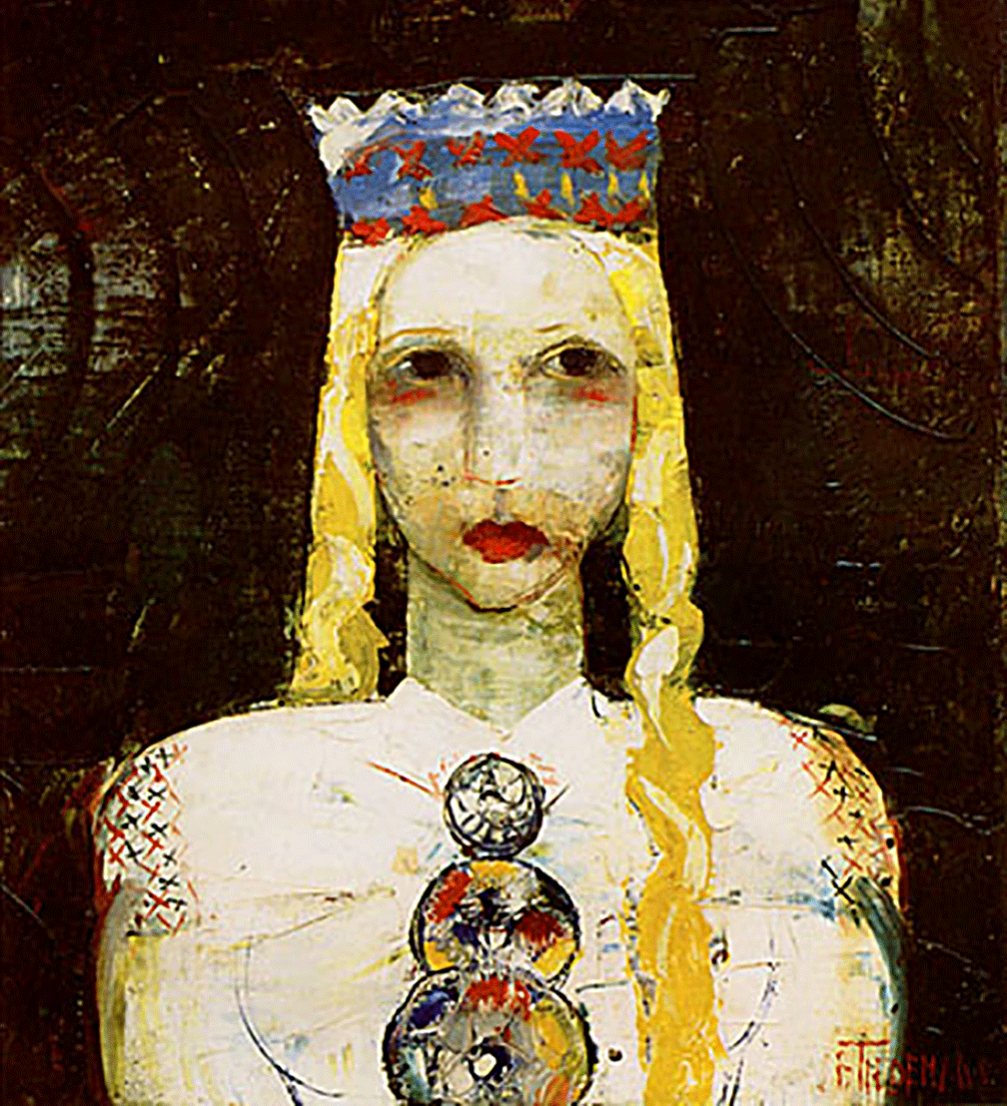 Image — a painting by Jānis Tīdemanis, Girl in a Folk Costume, circa 1930.

About a month ago, a new, interesting project Imaginary Latvians appeared online, collecting Latvian characters encountered in world literature and film. Often enough we have looked for Latvian identity in our folklore, literature and art, but finding out what others think about us can be even more exciting. We asked Rihards Kalniņš, one of the authors of the Imaginary Latvians project, to tell a bit more.

How do you select the characters for the project?

We are currently interested in Latvian characters appearing in literature and film. Since we started the project, we have discovered that Latvians can be found in the works of the world’s greatest authors and in a variety of genres, including the works of Nobel Laureates, contemporary American literature, children’s books, detective novels, spy thrillers, German classics, Scandinavian detective stories, 19th century French literature, science fiction and so on.

Are you also interested in Latvia as a scene of action in literature and cinema?

We have met Latvian characters in works where the action takes place in USA, England, France, Germany, Russia, Australia and even outer space. Of course, in Latvia too! So we can see how Latvia is represented in world literature.

Now that you have gathered quite a lot of fictional Latvians, do you see any common features?

No, there are no unifying features. We can conclude that Latvians are very different — in life, and in literature and cinema.

Who does the project resonate with the most — Latvians in Latvia, Latvians abroad or foreigners in Latvia?

So far our followers have actively shared the characters they have spotted, and together we have compiled over thirty Imaginary Latvians. Latvians abroad and foreigners in Latvia have been the most active. But we would like to turn it into a global movement and make an encounter with an imaginary Latvian a happy occasion. If you have come across a Latvian in literature or film — it brings good luck!

What could be the outcome or consequences of the project?

We are currently working on the website of Imaginary Latvians, so that all the characters could be seen together. Our aim is to collect all Latvian characters that have ever appeared in world literature or film. We want to make the collection accessible for everyone interested and searchable by genre, author’s name, year of publication and country of origin.

Which imaginary Latvians are your personal favourites?

At the moment my favourites are Don DeLillo’s old Latvian lady who walks down the stairs backwards in her New York apartment block; David Foster Wallace’s athletic tennis player who competes against students of a private tennis school in Boston; and Philip Roth’s former Playboy model who speaks four languages and has worked for the UNO. These three are among my all time favourite authors and I’m fascinated that they’ve picked Latvian nationality for their characters. Could it be that they’ve known any Latvians personally? In any case, they’ve had some impression of Latvians.

I should add that with some authors it is clear why they have included Latvians in their works. For example, writer Pauls Toutonghi is an American Latvian who went to Latvian schools and camps in Seattle in his childhood. The husband of the well known detective novel author Kathy Reichs is an American of Latvian origin. As a child, Vladimir Nabokov had a Latvian tutor in St Petersburg — we can read that in his autobiography. The legendary New York Times journalist William Safire met Sarmīte Ēlerte in the 90ies in Riga, and she served as an inspiration for the protagonist Liāna Krūmiņa of his spy thriller Sleeper Boy.