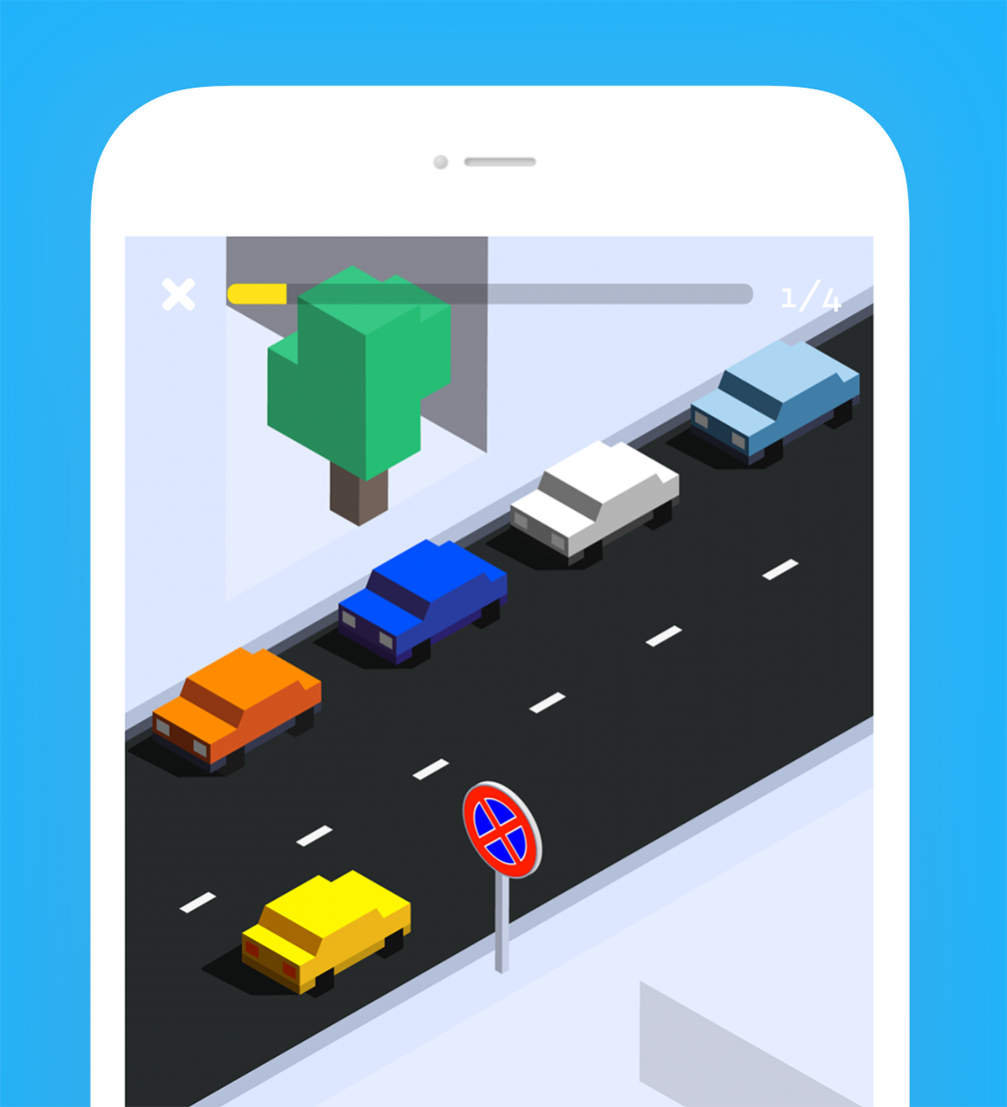 Just like the well–known Duolingo app allows its users to learn different languages in an attractive way, Yelo helps prospective drivers to master road traffic regulations. The authors of the app emphasize that such learning process is more efficient, saves time, moreover, it allows to acquire the necessary knowledge gradually and in its essence, not just mechanically cram for the tests.

The mobile app Yelo is an answer to the question «how should traffic rules be studied in the 21st century?» The authors of the app, creative director Krišjānis Mazurs, engineer Mārtiņš Kozlovskis and graphic designer Ģirts Ulmanis, believe that at a time when the acquiring of new knowledge is no longer limited to sitting in class and filling in workbooks, the process of becoming a driver must be modernised. «Our personal experience with completing tasks and memorising information for the Road Traffic Safety Directorate (CSDD) examinations was not very productive, so we wanted to create a tool that would not only test the knowledge of traffic regulations but also help to learn quickly, comfortably and deeply. We wanted to create a Duolingo–style application that, through a logical sequence and interactive elements of play, would guide the user through all the 43 topics necessary for the acquisition of a driver’s licence,» says Krišjānis Mazurs, who is currently a lecturer of brand design at the Functional Design Department of the Latvian Academy of Art.

Krišjānis explains that since in 1968 the United Nations standardized road traffic regulations and road signs, which are now legally binding to more than a billion people around the world, with little adjustment Yelo could potentially also operate in Russia, France, Germany, and elsewhere. However, at the moment, the team focuses on testing and optimising the application in the Latvian market.

The focus on the local user is also reflected in Yelo’s design. «Our goal in developing the Yelo methodology and the design of the application itself was to make the studying of the seemingly complex, boring and bureaucratic traffic rules accessible, familiar and a little bit fun. Hence one will find visualizations with smokers, Baltic Taxi cars and graffiti on the walls of multi–storey houses,» Krišjānis comments on the idea. «The app’s graphic design is distinctly functional. Vivid colours, simple shapes and the convenient usability make the content easy to comprehend, enjoyable and interesting,» adds designer Ģirts Ulmanis.

It took approximately half a year to develop Yelo’s methodology, product design and programming. The team has consulted with brand strategists, driving instructors and other professionals who have contributed to the app’s content. Currently, the app is being improved according to the user feedback. «Since Yelo has more than 2,500 units of content, we are aware that we still need to work on correcting the texts and catching all the small bugs,» says Krišjānis. He is pleased that even without any advertising over 500 people have already downloaded the app. The team’s first goal, to create a so–called «minimum lovable product», or the first version of the application that would be enjoyed by at least 10 users, has been achieved.

Asked about Yelo’s future plans, Krisjānis says that these are related to improving the content and introducing other topics that might be relevant for prospective drivers. The authors are keen to develop collaborations with driving schools that could recommend Yelo as an additional training tool for their students. Currently, access to one third of Yelo’s content is free but the full version of the app can be purchased for under 10 euros. The law still requires drivers to pass the theory exam at CSDD, however, with the new app, there’s now an alternative for diversifying the learning process.