From a single red jacket to a movement «The Red Jackets» 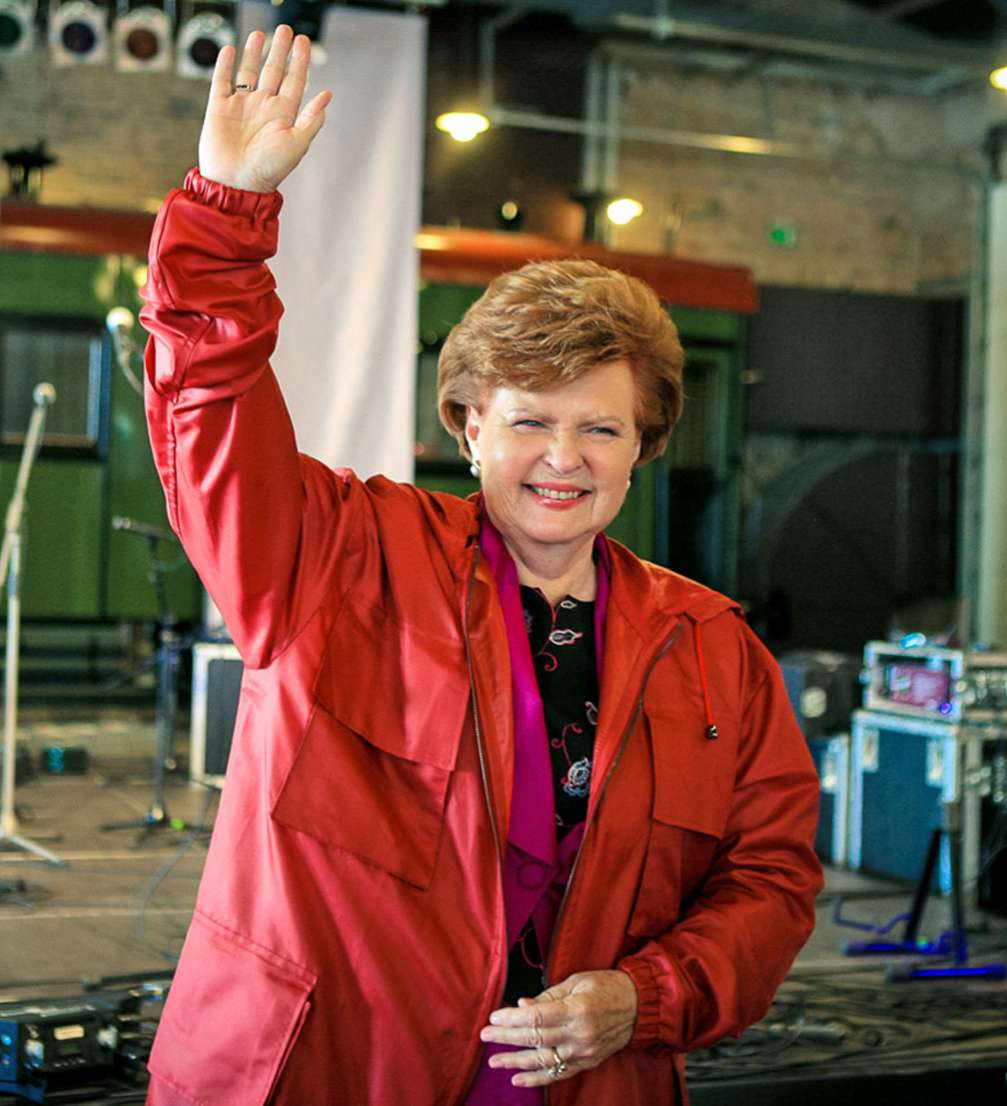 In the afternoon of Monday, July 1, names of the best exporting brands of Latvia were announced. Each of these companies was presented with a special red jacket, because once Latvia had already drawn attention with one. We all remember the legendary photo of then–president of Latvia Vaira Vīķe–Freiberga in a bright red jacket standing out among her foreign colleagues dressed in grey. Most importantly, the suit was worn by a distinguished, brave and powerful personality. But how could a brand earn a red jacket and who made it?

Time and again we have reasoned, argued and tried to convince each other about what would be the right way to promote our country? Singing, enclosed by blue cows or perhaps illustrated with a beating gingerbread heart? We haven’t found the right approach yet, because the attempts have all been artificial. But why invent something, when all we need is right here? Lively and zealous, brave and risking. Brands, which we use and are proud of, and which have conquered or soon will conquer foreign markets, making Latvia’s name known abroad. A country is known by its personalities, not by advertising campaigns.

But how to find the best and the most inspirational ones, which could set an example so that more strong brands would emerge every year? With such purpose the movement «The Red Jackets» was created last year. Its co–authors are: director of international business consultancy «GatewayBaltic» Inese Andersone, brands’ nest «MATKA» brand creator Inese Apse–Apsīte and advertising agency’s «DDB Latvia» managing director Andris Rubīns, as well as Latvian Chamber of Commerce and Industry and public relations company «MRS Grupa».

There were several criteria for selecting the 25 best exporting brands of Latvia. First of all — does the company export products or services at a total of at least 500 thousand lats a year. Then it was investigated if the brand has been created in Latvia. It is not «North66» that produces clothing in Saldus, nor «Brabantia» that exports ironing boards made in Tukums to Belgium, but brands that are really born in Latvia. Out of 1555 large exporters, such were 750 brands, less than a half. The selection continued with judging the company’s website — is it available in at least two foreign languages and does the website clearly present the brand’s story and mission. After reaching 100 potential winners, the project’s co–authors together with partners of the movement selected 25 best exporting brands of Latvia that each received a red jacket on Monday. Those are: «airBaltic», «Biosan», «DEAC», «Dobeles dzirnavnieks», «Evopipes», «Grindeks», «Hanzas elektronika», «Latvijas Balzams», «Latvijas Dzelzceļš», «Latvijas Finieris», «Lauma Fabrics», «Lauma Lingerie», «Livonia Print», «Madara Cosmetics», «New Rosme», «NP Foods», «PAA», «PET Baltija», «Primekss», «SAF Tehnika», «Stenders», «Tilde», «UPB», «Valmieras Stikla šķiedra» un «Valpro».

Alongside them 11 «Rising Stars» were announced — talanted and interesting young entrepreneurs that do not export at 500 thousand lats yet, but that have the potential to reach the amount rather soon. There are several design brands among them as well. The winners are: «Blindsave», «Brain Games», «Kukuu», «Munio Candela», «Pompidoo», «Cube systems», «Positivus», «Pure Chocolate», «Utha», «Vendon» un «Very Berry».

Soon after the movement «The Red Jackets» was initiated, it became clear that the winners should be awarded with real red jackets, and vests with a possibility to attach sleeves very soon — to the «Rising Stars». But how to do that without knowing the exact measurements of the future wearer of the garment? Present them with a symbolic paper jacket and the designer’s number — so that each one can make an appointment and make the designers life, to put it mildly, difficult for a while?

The red jacket question was forwarded to Inese Andersone and Inese Apse–Apsīte, who invited the author of these lines to be a project manager. Quite soon we came to the conclusion that we have reached a dead end — the previously mentioned measurements were missing and there was no time to organize a pitch for the designers we had in mind. Not even speaking of making patterns and flooding our inboxes with messages of coordination…

Then I remembered that a couple of days ago in the newly opened Latvian design shop «Paviljons» on the corner of Stabu and Tērbatas street I tried on a raincoat from the latest collection of One Wolf by Agnese Narņicka. The oversized unisex model with large pockets and a proper hood… The rest is history. A couple of hours later Agnese had agreed to sew the Latvian red jackets — red raincoats for entrepreneurs that come from a country of woods and swamps, where businessmen work in offices during the week, but on weekends leave the city to go mushroom and berry picking, fishing, boating and bird watching.

On the inside of each jacket, where the warm heart of the wearer is, a story about Latvia is sewn in:

«We come from the woods.
From swamps.
From the North.
From a green, the greenest country.
By the sea full of golden amber.
Where the East and the West cross.
Where all four seasons are fragrant.
Where it tastes sweet–and–sour like cranberries with honey, like rye bread with carrots.
We are stubborn as deer.
Persistent as cranes.
Busy as bees.

We are in between. Cultures, people, events, in the centre and still aside, clear, alive and fresh. We understand without words, we feel differences and unity. We are a bridge between times, thoughts, languages.

We put sea buckthorns, hemp, mighty pines, birch sap in our pockets. In the stitches we sew in knowledge and skills, which the world has long forgotten, but we put to good use and create new and more.

And we come to you, the beautiful, the wise, the others.
To give something unseen, surprising, deep.»

«The Red Jackets» movement is going to continue, and in 2015 again new best exporting brands — co–authors and ambassadors of the story of Latvia — are going to be awarded. 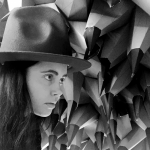 Visual journalist. Edits and publishes «Benji Knewman» bookazine which tells the world about life in Latvia, and Latvia — about the world. 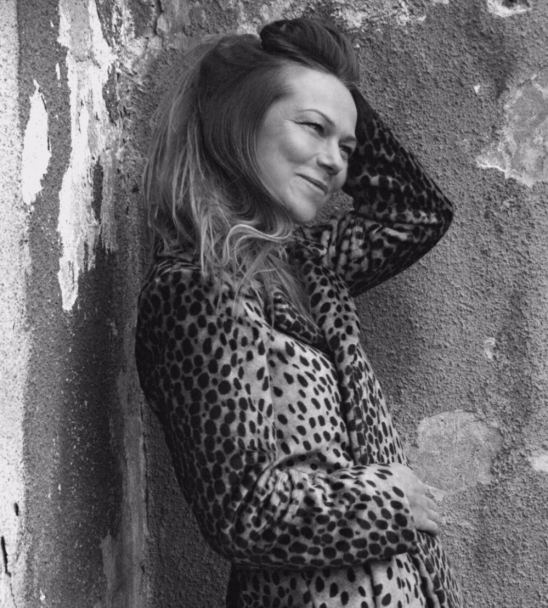 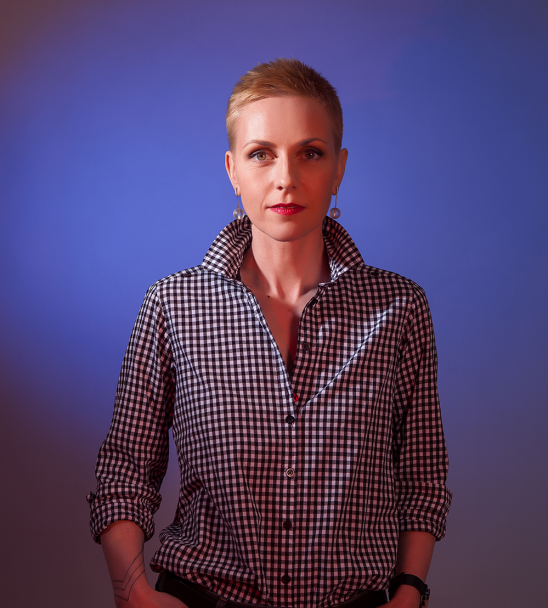 It’s not a mistake, it’s a lesson. Interview with Indra Komarova 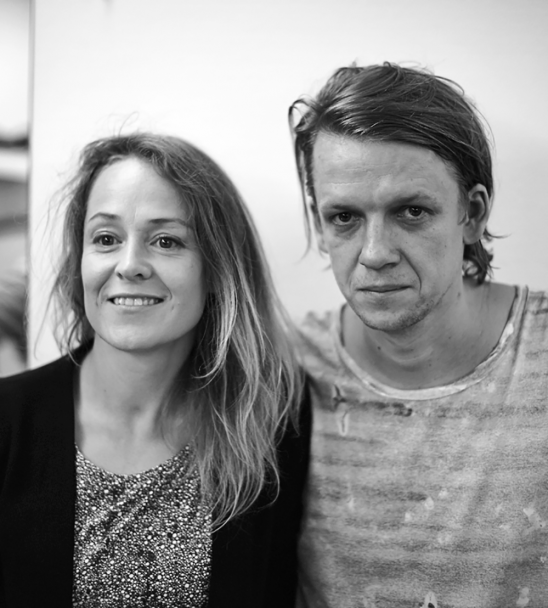