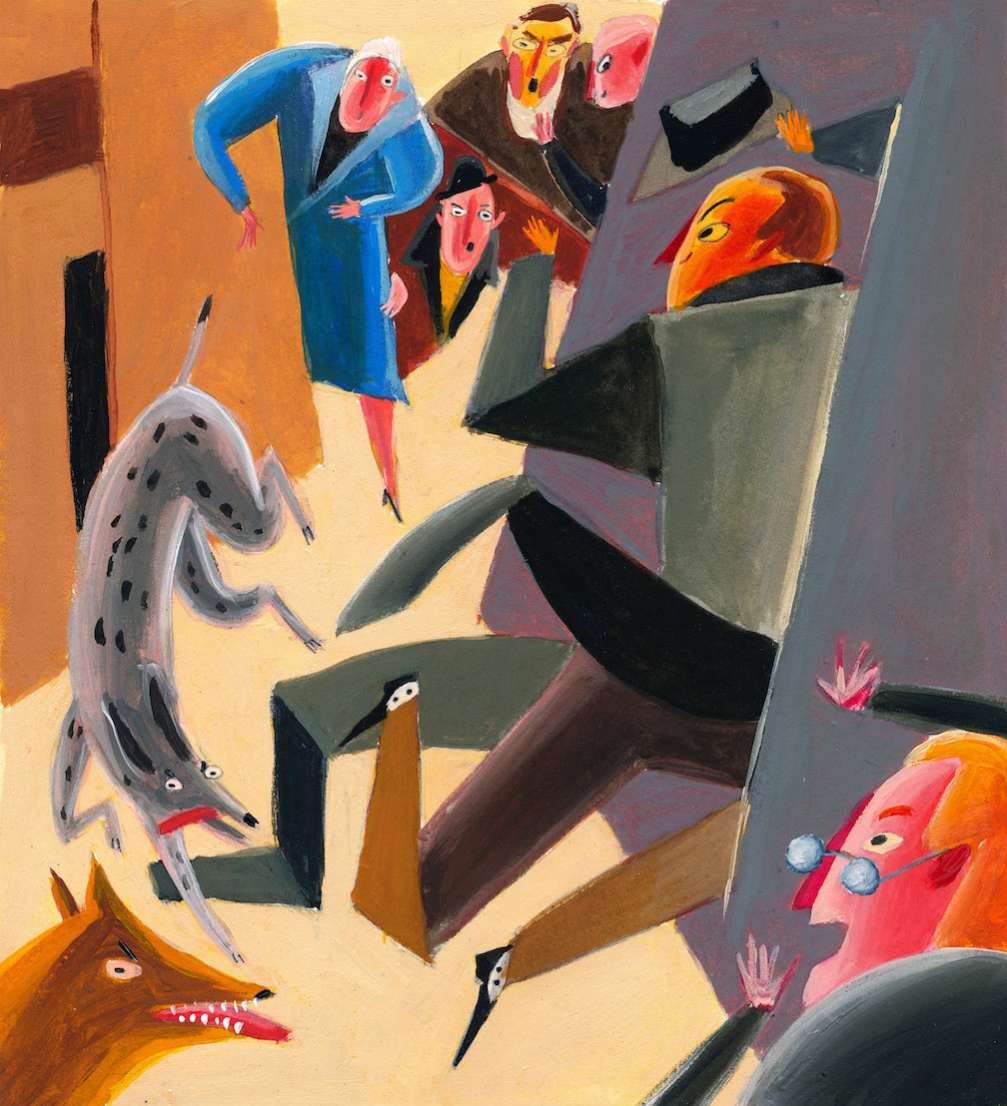 «Art Detectives» is a children’s book series, inviting to reveal the secrets of art and to find out what’s hidden behind the most famous Latvian paintings. This week, the third book in the series, «Coming of the Stranger», was published by «Neputns».

The idea to introduce the youngest generation to masterpieces of Latvian art in a captivating way, not with dry encyclopedia facts, was born while «having tea and cakes» at the publishing house «Neputns». «This is going to be a proper detective novel with adventures, a thrilling story and art becoming alive,» explains Luīze Pastore, the writer of «Art Detectives», who has received the Jānis Baltvilks Award in Children’s Literature for the first two books of the series, «Lost Monkey» and «Invisible Man». The novels take the little readers on an adventure based on an iconic work of a Latvian artist. The first book features the painting «Princess with a Monkey» by Janis Rozentāls, the second is based on the drawing «Boots and a Dog» by Kārlis Padegs, and this week the third book «Coming of the Stranger» came out, dedicated to a painting by Niklāvs Strunke, «Man Entering the Room». The protagonists throughout the series are little detective Theo with his friend Button, who has a dog named Comma.

An integral part of the «Art Detectives» series is illustrations by the young graphic artist Elīna Brasliņa. Having previously studied French philology, she is now a masters student at the Art Academy of Latvia and has illustrated several children’s books for the «Pētergailis» publishing house. «Books without illustrations aren’t proper books, and «Art Detectives» without Elīna’s drawings may still be detective novels, but definitely without the art,» L.Pastore comments on their collaboration. The writer and artist work in parallel, finding inspiration in each other’s work. «While I can only imagine what the art world would look like, Elīna captures it perfectly,» Luīze continues and praises her colleagues rich knowledge of art history as well. E. Brasliņa, on the other hand, is impressed by the stories: «I read and then draw those parts that I can imagine most vividly. I always aim for multiplicity — I would like to make the books interesting for the reader not only the first time, but also when they return to the pages for the second or the third time.» The artist enjoys drawing small details and coming up with peculiar characters that perhaps aren’t even mentioned in the text, but fit the visual composition.

The technique of the illustrations depends on the contents of the book and the featured artist: «For the first two books I drew the illustrations with a pencil, scanned and coloured them in digitally, trying to achieve watercolour effect. I tried to align with the artists — while Rozentāls used more colour, Padegs was a graphic artist producing monochrome line drawings.» For the latest book «Coming of the Stranger» almost all illustrations are made by hand and polished up digitally just a little bit. Choosing to work with acrylic paint, the Elīna tried to follow the cubist style of Strunke by exaggerating lights and darks, creating highly geometric shapes.

The opening party of the «Art Detectives» took place last May. When asked how many books are there in the plans, L.Pastore laughs that the series will go on while there are Latvian artists to write about. Luīze and Elīna are happy that their enthusiasm is supported by the publisher, «Neputns». They have the freedom to create without «limitations of themes or numbers».