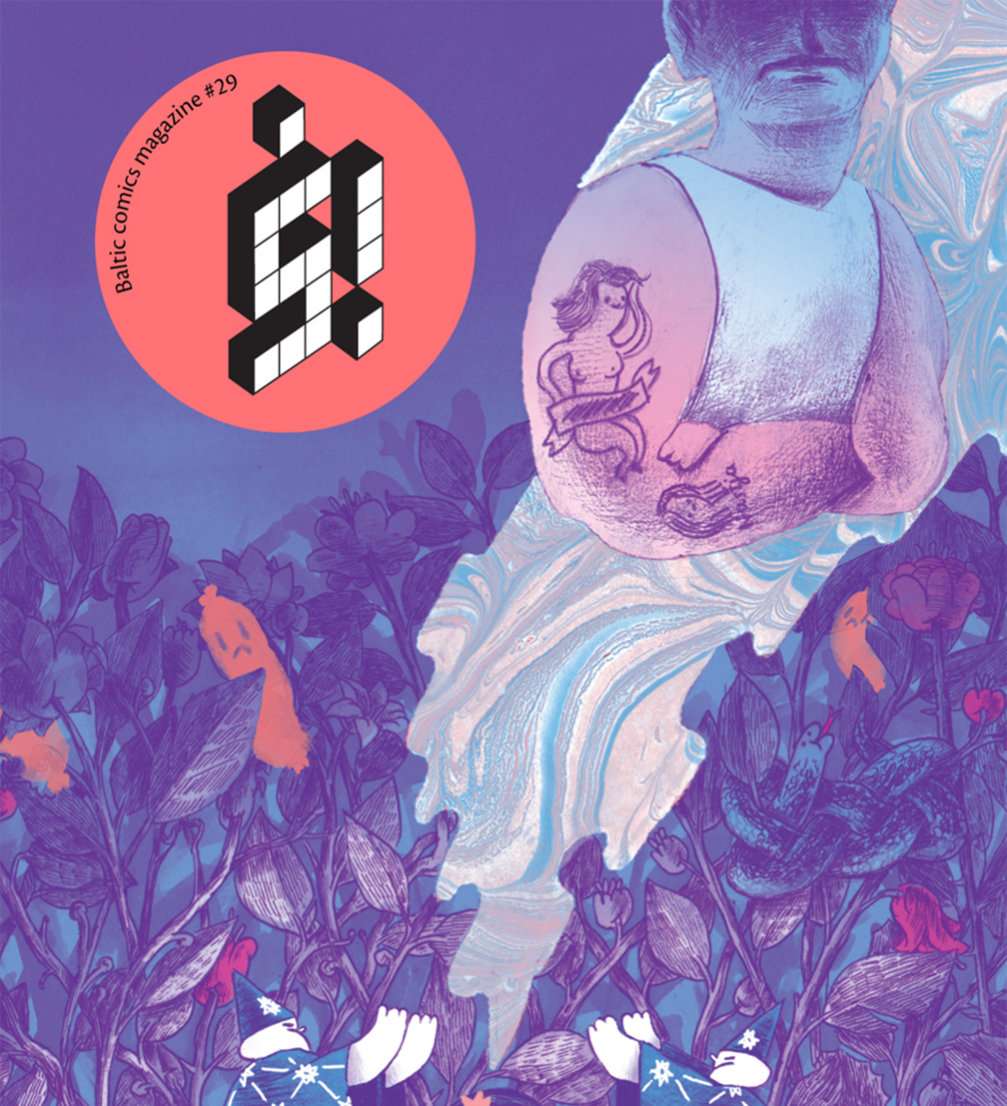 Ten years ago David Schilter founded «kuš!», which is still the only comic book publishing house in Latvia. On July 14 the anniversary celebration will take place at the art space «D27», featuring openings of the latest «š!» edition «Celebration», as well as a comic and illustration exhibition.

The celebration of «kuš!» will begin on July 14 at 19.00 with a silk screen printing workshop, where T–shirts or other textile products, brought by attendees themselves, will be printed with illustrations made by «kuš!» artists. The event will continue with an opening of the international fanzine and a traveling poster exhibition «Mazipos» that has been curated by the «Mazipos» fanzine editor Carlos Carmonamedina from Mexico in collaboration with «kuš!» editors. Forty posters will be on display in Riga.

The latest edition of «š!», called «Celebration», is also devoted to the anniversary and its public opening will take place at 21.00. «The first issue of «kuš!» that was launched on July 7, 2007, was bigger and in Latvian. It featured only one Latvian artist — Anete Melece was the author of the cover. While works by 19 Latvian artists have been published in the anniversary issue, and there is only one foreigner — Konig Lu.Q, whose works have appeared in almost every edition of «kuš!». These 19 are not the only authors who draw comics. We want to continue to be a regular platform in which both young and experienced comics authors can experiment and test new ideas,» Sanita Muižniece, the editor of «kuš», tells about the new issue and plans for the future. She also enjoys the successful collaboration with designers Monika Grūzīte and Markus Haefliger.

Sanita reveals that «kuš!» will continue to publish books also in the future — the «š!» comic anthologies, mini «kuš!» short visual stories and mono issues, from whom the next will be a book by Zane Zlemeša. Although the team is still small, they organise various events on a regular basis, and Comics Summer School will be held in August. «We plan to host comics artist residencies and more workshops in the next years. According to the number of applications for previous workshops and the Comics Summer School, we see that interest in illustration and comics is increasing,» Sanita comments. They are also going to add some new works to the annual traveling exhibition «The Last Match», so the number of works would reach 500.