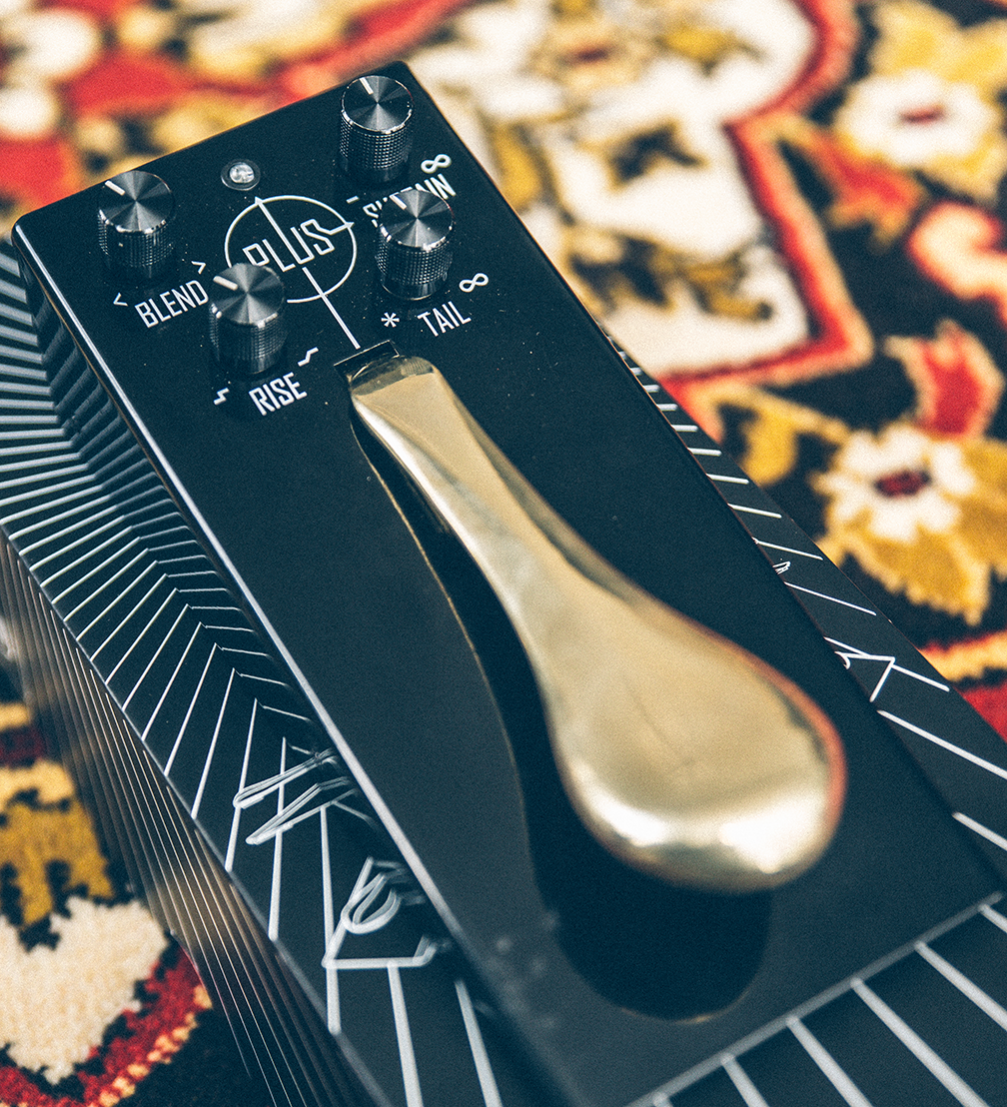 «Plus Pedal». Photo by Lauris Aizupietis

«Gamechanger Audio» has created its first product, an innovative guitar pedal «Plus Pedal» that adds a novel function to electric instruments. At the beginning of this year, its creators participated in the prestigious exhibition of the National Association of Music Merchants (NAMM) in the United States, and the pedal itself has already been added to the array of instruments of well–known musicians. FOLD visited the company to find out more about the possibilities of «Plus Pedal», the way it was created and the team’s future intentions.

To better explain the idea behind «Plus Pedal», its author Iļja Krūmiņš looks back in the history: «The idea of guitar pedals began around the 1960s. To play an electric guitar, you need two elements — a sound amplifier and a speaker. In the old systems, these two elements were most commonly combined in one machine — a combination amplifier or «combo», as it is called in colloquial language. As the technology evolved, these units also started to be produced separately, and special amplifiers were made for famous musicians — small boxes that were connected to the system and produced various sound effects. For example, Jimmy Hendrix’s guitar had its own unique sound, and, for a long time, nobody knew how he achieved it. It turned out that especially for him the engineers built special sound amplification modules.

There are about 10–15 sound effect categories available today, and for a long time nothing new was created. Most guitar pedals are similar, the market is very saturated, and companies compete for negligible sound nuances. Each company produces its own «distortion» effect version or even several models and places them in similar aluminium boxes. If you enter the keywords «effect pedal» in Amazon’s search engine, the site will show around 30 000 different items.»

«Plus Pedal» represents a completely new category — the «sustain» effect. The sound synthesis algorithm, which allows to perform this effect, is also fully developed by «Gamechanger Audio». The authors call this algorithm «smart looper», and it has not been applied to pedals until now. The main goal was to create a device that can greatly expand the possibilities of any musician. «Plus Pedal» can extend any melodic sound to the required length, which is controlled by the musician holding the foot on the pedal or by setting the corresponding parameters on the device. The pedal continuously records the incoming signal and, by pressing the trigger, analyses the sound in reverse, based on rather complicated methods of sound and spectrum analysis. The machine determines the best connecting points, in which a small, for example, half–second short soundtrack would be best repeated without audible connecting points, and amplifies it.

Iļja also has an answer to the question «how can it be that such an effect was not already invented before»: «Five or ten years ago such a powerful data–processing machine could not fit into such a compact device. With the computer, it was theoretically possible before us, but in the pedal format, it is a novelty. In general, this pedal contains technology as powerful as a smartphone,» he explains.

Iļja Krūmiņš comes from the music industry — at the age of 16 he started playing guitar and for some time did it professionally. He studied at a music school in London, but around the third year, Iļja realized that he wanted to create a new technological tool for musicians. In order to carry out this idea, Iļja returned to Riga, but while he was alone, it was not going so well. Then Iļja found good teammates, two engineers — Mārtiņš Meļķis and Kristaps Kaļva. Later, after graduating from Riga School of Economics, Didzis Dubovskis joined the team. He currently deals with the company’s management and is responsible for administrative matters. And designer Fricis Kalvelis was the one who transformed the idea into a tangible result. Fricis developed both the graphic identity and the design of the product itself, working together with the engineers. One and a half months ago, «Gamechanger Audio» welcomed their sixth team member, Matīss Tazāns, who is in charge of brand communication.

From the first piece of metal to an elegant design

The work on «Plus Pedal» started almost two years ago. For about 15 months, the team used to work in Iļja’s apartment in the evenings — they each had their day jobs, and then, until late at night, the guys tackled engineering issues and were making the first prototype. «We arrived to the first prototype in a year and a half. We assembled it with what we had — the pedal was a thick, manually folded and spray–painted piece of metal, complemented with scissor–cut and glued on rubber parts. The pedal was nowhere near as neat as it is now, and it was also a bit skewed. In such a way, we made the first four samples that somewhat worked, and for the last money, we went to the NAMM exhibition in California,» Iļja remembers. They went there just to try their luck but returned from the United States with offers, orders, valuable contacts and, most importantly, with a sense that this project is worth working on. Soon after that the guys left their permanent jobs and moved into a garage in Riga about five weeks ago.

From the beginning, it was clear that the product should look as classical as possible, similar to a piano pedal. When designer Fricis Kalvelis joined the project, he tried to make the shape of the original prototype more organic and to find the right materials.

«Technically the «sustain» pedal on a piano releases dampened strings and they ring out widely, in full length. The result of the «Plus Pedal» sound effect is similar. The shape of the pedal’s tongue relays its function — one look at the pedal, and it is clear what it does. The material of the tongue also creates associations with a piano pedal. Even though the «Plus Pedal» tongue is not made of pure brass, but contains other materials, which make it more durable, the intended visual and tactile effect is achieved. «Plus Pedal» also wears out just like the piano brass material, which is very beautiful,» says Fricis. At first, the pedal was a polyhedron, but then its authors discovered that it was not pleasant to step on — the upper part of the pedal seemed to push back. With the help of 3D printing, they gradually got to the existing shape and, after repeated testing, agreed that this is the best solution. The pedal’s body is made of 1,2 mm thick steel plate. The detail is laser cut, folded, painted, printed.

«Plus Pedal» graphic design, which also appears on the product itself, is eye–catching too. «Although the exterior of the pedal is classic, the device has versatile applications. With it, one can create a complete sound universe — ambient noise, music layers, psychedelic sounds, and we wanted to show it graphically too,» Fricis explains.

The first 40 pedals were produced by the end of June. Company’s production partners are the Ventspils High–Tech Park «HansaMatrix», where the next batch of 1000 is currently in the making. «Gamechanger Audio» plans to sell around 3000 items this year.

When asked how the company got the funding, Iļja explains that with the exception of the funds raised with the pre–sale of pedals, there have been three sources of money for the project. They have a loan from the financial institution «Imprimatur Capital Seed Fund», which is implemented with the support of the European Union and has favourable conditions. The team has also invested a portion of the money from their savings, and those of their friends and relatives. In addition, this year «Gamechanger Audio» won a grant in the competition «Atspēriens», and got 15 000 euros for the development of the pedal’s cast form.

The communication manager of the company Matīss Tazāns emphasizes that in «Plus Pedal’s» story the team is no less important than engineering and innovation: «All six of us are closely related to music — both engineers are musicians, Iļja and I have been playing in the same band for over a decade, Didzis, before becoming an entrepreneurial expert, was a guy with long hair and a guitar, and Fricis was engaged in music too. This gives us a natural impetus to work with this product, but we all need to learn new things continuously.»

Consultations and visits to world–renowned pedal companies suggest that the «Plus Pedal» project has a future and a market, but it’s not their only goal. Iļja is determined: «We are engineers, we like to work on things, and since our company’s name is «Gamechanger Audio», we can no longer stop. The obvious goal is to strengthen the market for the existing product and to start a steady serial production, but also to develop new ideas at the same time. Ideally, we will go to the next NAMM exhibition with the «Plus Pedal», which is on sale and well–known, and along with it we will also present a new idea in the prototype stage.» 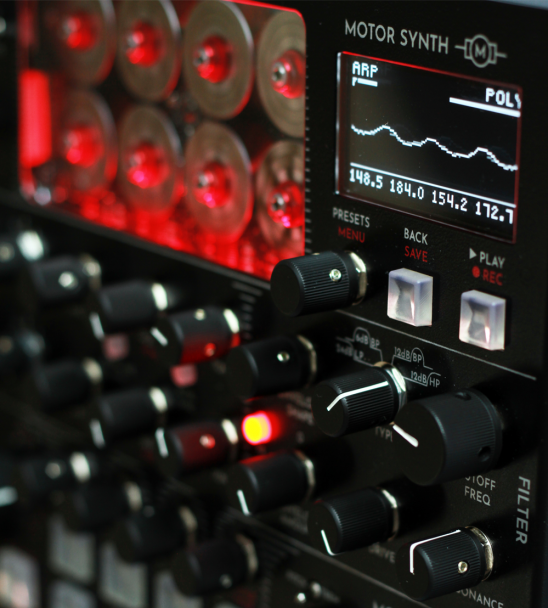 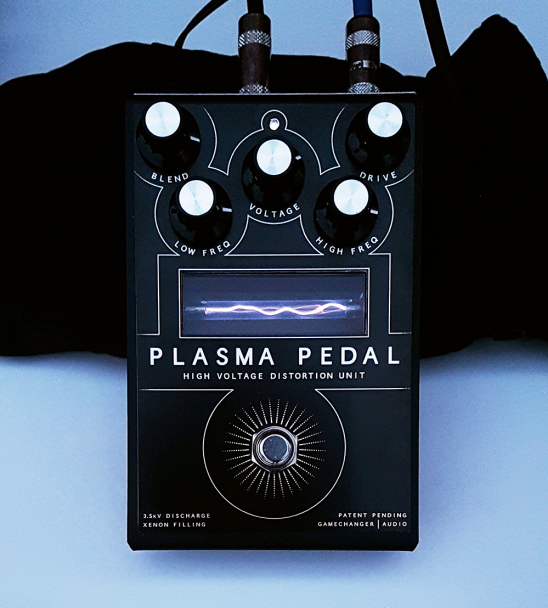