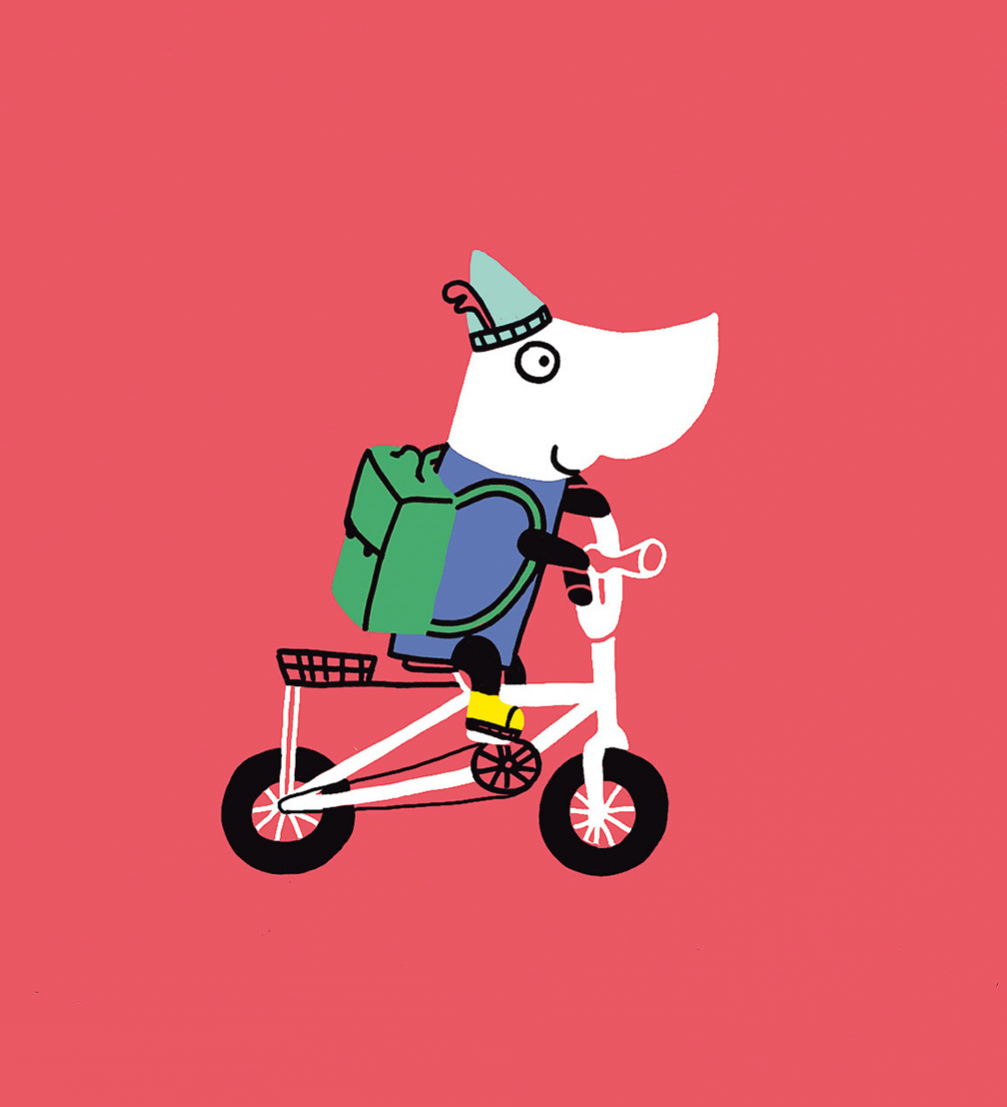 Children’s book publishing house «Liels un mazs» has published the last, closing book in the series of poetry picture books «Bikibuks» with issue numbers 97–101. Its latest book, «Ja Bikibukam būtu divritenis» («If Bikibuks had a bicycle»), is a collaboration between the two editors of the series, the poet Inese Zandere and the illustrator Rūta Briede.

For each poem in the series «Bikibuks» there is a separate book, unified in design by artists Rūta Briede and Artis Briedis — a small format suitable for a small child and a special logo of the series. The character of Bikibuks was created by reading the counting rhyme «Biki–buki» by Jānis Baltvilks, which also launched the series in 2012.

So far, six books have been published in the series every quarter of the year, illustrated by various contemporary Latvian artists. The poems that many parents and grandparents loved in their childhood come to today’s babies in a modern visual form, with respect to both proven values and modernity.

The collection was composed by Inese Zandere, the editor–in–chief of the publishing house «Liels un mazs», offering more than 90 artists involved in the project to choose their personal favourite out of selected works of Latvian poets. «The Latvian children’s literature from Rūdolfs Blaumanis to Kārlis Vērdiņš has always been rich in beautiful and witty poetry, while Latvian contemporary art is synonymous with creative imagination and contemporary world view. «Liels un mazs» combines them into picture books, keeping in mind the children who are growing up today and are looking at the world with today’s eyes. «Bikibuks» helps to develop the sense of taste in children, offering a great artistic variety,» says the editor.

The books are numbered so that they can be conveniently stored in the home library. In the last issue, Monika Pormale illustrated Rainis’ poem «Nemierīgās mājas» («Restless Home») using documentary images from the Latvian National Library’s archive book «Zudusī Latvija» («Lost Latvia»). It is created as a photo album, giving the reader a sense of an authentic countryside in times of Rainis. Katrīna Neiburga also used photographs when illustrating Anna Brigadere’s poem «Danču tracis» («Dance jamboree»), blending in brightly coloured touches. Latvian illustrator currently living in Great Britain Jūlija Soboļeva chose for her book the well–known poem by Aspazija «Circenīša Ziemassvētki» («The little cricket’s Christmas»), a lullaby that mum sings to her son before bed. In the poem by Artūrs Goba, illustrated by Jānis Blanks, there is a slightly surreal atmosphere — Blanks has placed the earth creature mole cricket on a motorcycle, however, he has forgotten the driving licence at home, therefore gets caught by a stork.

The final surprise of the series is the 101st poem book «If Bikibuks had a bicycle» in which the art editor of «Bikibuks» series Rūta Briede illustrated the poem by Inese Zandere, the compiler of the selection, about Bikibuks himself. Rūta Briede had already placed the main character of the series — partly a book, partly a buck — in different everyday situations.

The books by publishing house «Liels un mazs» are available at the publisher’s office at Tērbatas Street 49 / 51–12 and on the homepage, as well as in major bookstores and other outlets of cultural goods.